Chaotic land reforms, drought and lack of financing have made it difficult for Zimbabwe’s small-holder farmers to get ahead. Increased focus on funding irrigation schemes is hoping to change that. 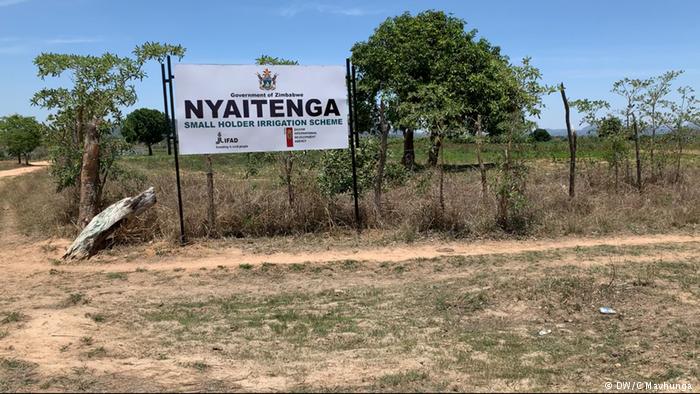 Winnet Kapondoro is a farmer some 120 km (74 miles) east of the capital Harare, in the Mutoko rural area. She only has a small field but thanks to a regular supply of water pumped from the nearby Nyaitenga river, she fares better than many other rural farmers.

“I have a child at the University of Zimbabwe, another one in high school and two in primary school,” she told DW. She put all her children through school by selling crops such as carrots.

But when the International Fund for Agricultural Development (IFAD) suspended Zimbabwe for not paying back its loans in 2002, the Nyaitenga irrigation scheme, partly financed with loans from the UN agency, started to break down. 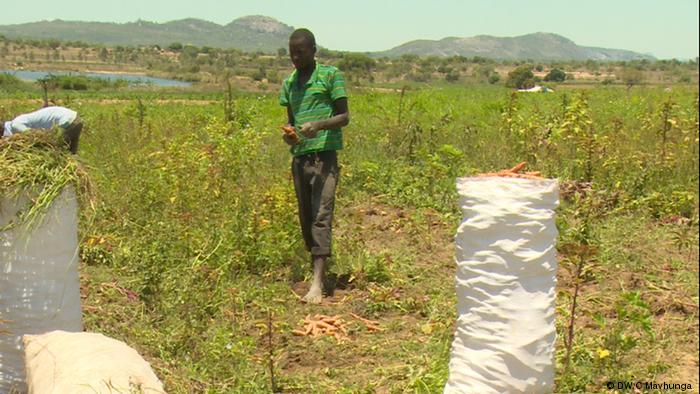 Over 70 percent of Zimbabweans live off the agriculture sector

Without money for maintenance, the supply of water has become irregular, jeopardizing Kapondoro’s relative prosperity.

“The problem is in my field, not every part of my field gets irrigated,” she told DW. “Our pump breaks down very often, the money needed to repair it is a lot. These are some of the challenges we are now facing.”

To try and improve the lot of farmers like Kapondoro, IFAD is granting Zimbabwe $41 million (€36 million) in low-interest loans for a series of small-holder irrigation programs. The agency’s funds started flowing at the beginning of 2018.

More than 70 percent of Zimbabwe’s population depends on the agriculture sector for a living. The sector virtually collapsed in 2000, however, under a land reform policy presided over by former leader, Robert Mugabe.

Land belonging to white commercial farmers was expropriated and given to black Zimbabweans, many of whom had little farming experience and lacked support or resources. Agricultural production plummeted as a result.

Zimbabwe had made gains in improving its agricultural production in the past decade but in 2015 and 2016 it was struck by a double disaster. The country experienced drought exacerbated by hotter, dryer weather brought by El Niño. January 2018 also saw a dry spell, curbing crop growth.

The large majority of Zimbabwe’s farmers use rainwater to irrigate, so when the rain stays away, their crops fail.

That’s why small scale irrigation schemes, such as those that use pumps to pipe water from rivers and other water bodies, are seen as critical to boosting crops, cushioning the effects of increasingly variable rainfall due to climate change, and sustaining livelihoods.

According to IFAD, however, more than half of such schemes in Zimbabwe are either not working or are only partly functional.

Speaking recently at a press conference during a visit to Zimbabwe, Gilbert Fossoun Houngbo, the president of IFAD,  called for Zimbabwe to invest more in irrigation.

“For us to be able to reduce poverty, there is a need for scaling up the irrigation program.”

Some 2.4 million people in Zimbabwe, or 28 percent of the rural population, will be in need food assistance in January to March 2019, estimates Reliefweb, the UN’s disaster information service.