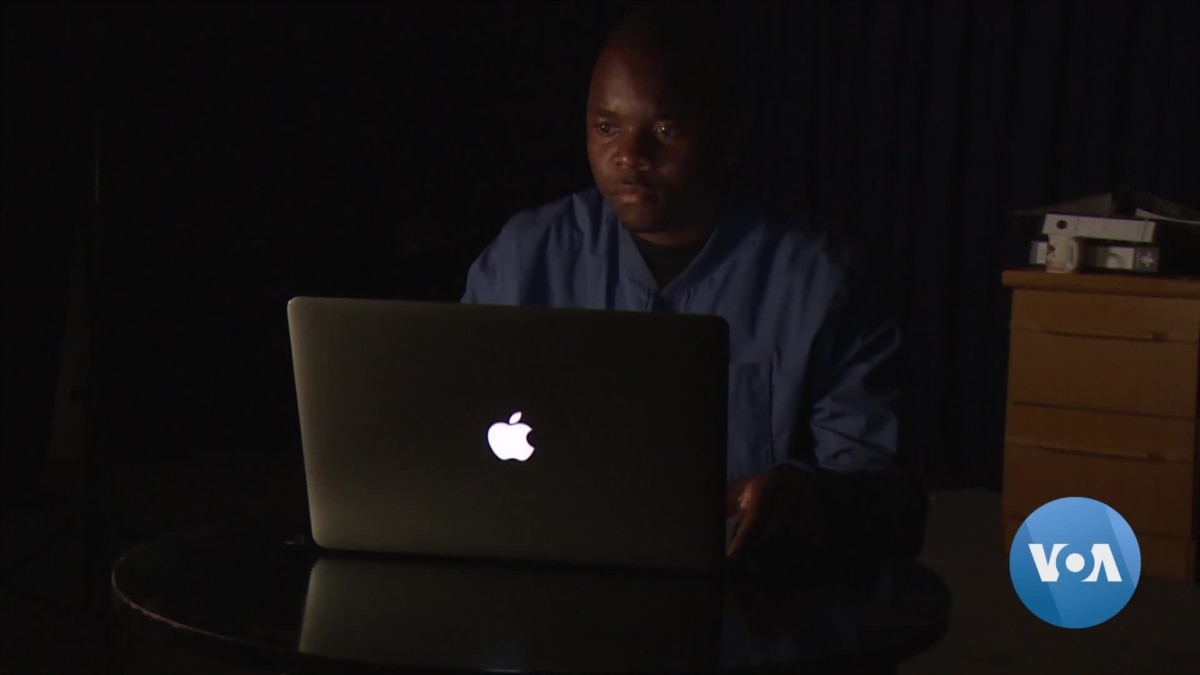 HARARE — In Zimbabwe, rights and opposition groups are surviving by using social media to communicate with the masses as state-owned media remain reserved for ruling party officials. During recent anti-government protests, the public received information through social media and now the government wants a law to block such platforms.

After failing last year to get a job, even with an economics degree, 23-year-old Treasure Basopo now spends much of his time blogging. He uses social media to express his disapproval of President Emmerson Mnangagwa’s government. From a secret location — fearing he could be assaulted – Basopo was among those who used social media during last month’s anti-government protests.

Basopo says he is bitter that Harare blocked social media during protests that started after a fuel price increase.

“I felt that was the height and summit of the crest of oppression in my own motherland, the death of democracy in Zimbabwe. Remember, we voted for a constitution in 2013 whereby 94.5 percent of the people voted yes, which means people understand the constitution and freedom of expression. The only people who were tweeting and using popular social media networks were people in the diaspora,” Basopo said.

Energy Mutodi, Zimbabwe’s junior information minister, maintains the government made the right move in blocking social media during the recent protests and that the government will do so again if the same situation arises. He blames social media for the violence.

“The social media was used by criminals to organize themselves, to go out there to loot shops, to cause mayhem, to terrorize residents. This tells that there is abuse of social media, this is why the government had to really block social media, to block internet and to stop organized crime, organized gatherings that end up in violent demonstrations, violent destruction of property and also disregard for other people’s rights. Not only in Zimbabwe but Africa as a whole, there has been an abuse of social media; people still do not understand what social media really is,” Mutodi said.

Rejoice Ngwenya, a social commentator known for his blog posts, says the government went too far by blocking social media apps for Facebook, YouTube and WhatsApp, which authorities said were being used to cause violence.

“It took me totally by surprise and I was actually annoyed and irritated that [Mnangagwa] had gone a bit further backwards than [former president Robert] Mugabe. Our government is very nervous and suspicious of social media because they are used to hiding and manipulating information. I believe that the mantra, the narrative of abuse only comes from those who want to hide something. Social media is like a knife, like any other instrument, the person holding it decides what to do. We have social media as an instrument of self-expression. The government cannot go around with a moral ruler to say this is what you should use, the social media,” Ngwenya said.

That debate might spill into the courts as Mnangagwa’s administration prepares the cybercrime law in an effort to gag social media. Already, some citizens have taken the government to court for blocking social media during the protests.

Treasure Basopo says he is not surprised by the plan to gag social media users but he is against it:

“Democracy entails that people must be able to express themselves and people must have the freedom of conscience as expressed in the Zimbabwean constitution. That is the only pillar of democracy, ‘people speaking and be heard.’ In Zimbabwe, the state has never been an agent of good movement of information,” Basobo said.

The government says the proposed law is not an obstruction in the flow of information, but it does not want citizens to abuse social media.