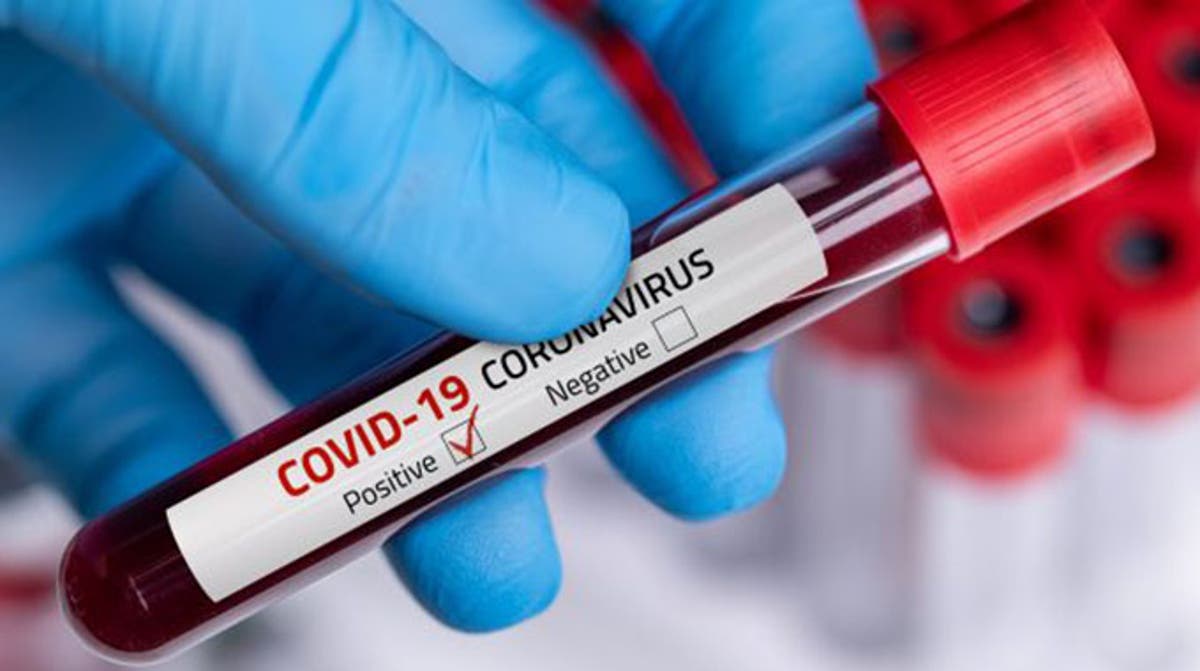 This weekly report covers the period between Friday 4 September to Thursday 10 September 2020 which are days 160 to 167 of the national lockdown declared by President Emmerson Mnangagwa and has been in place since 30 March 2020 respectively. By Thursday 10 September, confirmed COVID-19 cases had increased to seven thousand four hundred and fifty-three (7 453). The national recovery rate stood at 76% (5 635) whilst the death toll increased to two hundred and twenty-two (222).2.         31st Post Cabinet Briefing
The Minister of Defence and War Veterans Affairs, Honourable Orpah Muchinguri-Kashiri, Chairperson of the Ad-Hoc Inter-Ministerial Task Force on the COVID-19 outbreak noted that Harare and Bulawayo Metropolitan Provinces are the epicentres of the pandemic, while community transmissions account for the majority of the new cases. To step-up testing, the number of testing laboratories countrywide has been increased to 32, following the inclusion of the Dangerous Pathogens Laboratory, Unki Mine and PSI on the inventory of the testing laboratories. Health Care Workers and other frontline workers continue to be prioritized in the testing regime.The following resolutions relating to COVID-19 were made by Cabinet:
3. Highlights
The Deputy Minister of Primary and Secondary Education Mr  Edgar Moyo advised that students should not be charged second term school fees as there was no learning during the COVID-19 induced lockdown period. Mr Moyo also advised the National Assembly during a question and answer session that fees should not be charged in United States dollars, adding that only fees approved by government would be authorised.The National Joint Negotiating Council (NJNC) advised that the government has pledged to extend the foreign currency non-taxable COVID-19 allowance for civil servants and pensioners to December. The Government in June announced a flat non-taxable COVID-19 allowance of USD75 a month for civil servants and increased their salaries by 50 per cent while pensioners who retired from the civil service also got a flat non-taxable COVID-19 allowance of USD30.The Zimbabwe Electoral Commission (ZEC) on 9 September lifted the suspension of elections in place since the inception of the COVID-19 National Lockdown in March. ZEC announced that all outstanding by-elections are to be held by 5 December.Matabeleland North Member of Parliament Dr Ruth Labode reported that 25 Members of Parliament tested positive for COVID-19. According to Dr Labode, of the 25 MPs, 9 had already tested positive four weeks ago and had gone into self-isolation. Parliament guidelines require that MPs be tested after every two weeks and those who test positive, will immediately go into isolation for 14 days.

From 4 September, returning residents tested within 48 hours before their return have been allowed to self-quarantine at home if that test was negative rather than stay in a quarantine centre while those without certificates were being allowed home if they tested negative at the quarantine centre. Meanwhile, striking doctors and nurses have allegedly been receiving threats from anonymous people, trying to force them to return to work after they downed tools over 80 days ago. The health professionals cited incapacitation and are demanding salaries in United States dollars and the provision of personal protective equipment (PPE) to avoid contracting COVID-19.

The Zimbabwe United Passenger Company (ZUPCO) in collaboration with the Ministry of Primary and Secondary Education are working towards the exclusive provision of buses that will be used by teachers and pupils when schools. This follows the announcement by the government that schools will open on 14 September for Cambridge Examination classes and on 28 September 2020 for ZIMSEC Examination classes. These include Upper Six, Form Four and Grade Seven classes and ZIMSEC examinations will start on 1 December. However, there has been concern over how learners and teachers, especially in urban centres, will be transported to schools after Government banned private commuter omnibuses from operating in March after the country imposed a national lockdown to deal with COVID-19. Reports indicate a significant rise in the number of unlicensed public transporters plying various rural and urban routes ferrying hitchhikers. Some of the transporters are engaging in illegal activities such as contravening lockdown regulations relating to social distancing. Such reports were received in Goromonzi West, Luveve, Chitungwiza North, Chitungwiza South, Harare East, Rushinga and Magunje Constituencies.

4. Unlawful arrests
Police officers arrested 46 people for unlawful gathering while about 30 more fled after they held a party at a bar in Maphane area in Gwanda. According to the Matabeleland South Provincial Police Spokesperson, Chief Inspector Philisani Ndebele, 46 people were arrested at Yellow Door Bar in Maphane area. The arrested persons were released after paying an admission of guilt fine of ZWL500 fine each.

On 10 September, police officers unlawfully arrested and detained Takudzwa Ngadziore the President of the Zimbabwe National Students Union (ZINASU) at Harare Central Police Station for allegedly protesting at Impala Car Rental offices on 8 September concerning the company’s alleged role in the use of its vehicles in the abduction of Tawanda Muchehiwa. Takudzwa Ngadziore was charged with contravening section 37 of the Criminal Law (Codification & Reform) Act for allegedly participating in a gathering with intent to promote public violence, breaches of peace or bigotry.

5. Summary of Violations
The table below summarises COVID-19 related human rights violations documented by the Forum Secretariat and Forum Members from 30 March to 11 September 2020.

6.   Court Update         6.1. The continued detention of arrested persons in the time of COVID-19
On 4 September 2020, Mr Job Sikhala, the Member of Parliament for the Zengeza West Constituency filed an appeal at the Harare High Court, against the decision of the Magistrates Court denying him bail.  On 3 September 2020, Magistrate Lazini Ncube stated that Mr Sikhala was not a good candidate for bail as he had allegedly been in hiding before his arrest.Mr Sikhala is one of about 33 people arrested by the Zimbabwe Republic Police in connection with the demonstrations that were planned to take place on 31 July 2020.  He is facing charges of incitement to commit public violence as defined in section 187(1) (a) of the Criminal Law (Codification and Reform) Act as read with section 36(1) (a) of the Criminal Law (Codification and Reform) Act.Another political activist, Godfrey Kurauone an elected councillor in Masvingo Ward 4 was finally discharged and acquitted by Magistrate Patience Madondo after spending 46 days in jail.  He was arrested on 31 July 2020, at the Masvingo Law and Order police section and charged with “criminal nuisance” (as defined in section 46 (2) (v) of the Criminal Law Act) for singing a protest song and obstructing the free movement of traffic.

6.2       Freedom of the media
Two freelance journalists, Frank Chikowore and Samuel Takawira were acquitted by Magistrate Kudzai Hove of Mbare Magistrates Court on 9 September 2020.  The two were facing charges of violating COVID-19 lockdown regulations and failing to observe social distancing when they went to interview Honourable Joana Mamombe, Cecilia Chimbiri and Netsai Marova, victims of abduction and torture.

6.3       Human Rights Defenders
Beatrice Mtetwa filed an application for review at the High Court of Harare on 8 September 2020 challenging the ban imposed on her by Magistrate Ngoni Nduna barring her from representing freelance journalist Hopewell Chin’ono who was arrested in July 2020 in connection with the demonstrations planned for 31 July 2020.  Mr Chino’no is also facing charges of inciting people to commit public violence and to revolt against President Mnangagwa.

In her application, Mrs Mtetwa is also seeking that Magistrate Nduna be recused from presiding over Mr Chin’ono’s trial and for the Prosecutor Whisper Mabhaudhi to be banned from prosecuting Mr Chin’ono.

7.         Conclusion
The Forum welcomes the acquittals of freelance journalists, Frank Chikowore, Samuel Takawira and Godfrey Kurauone.  However, the Forum bemoans the suffering that the three have had to endure at the hands of the State.  Noting that Mr Kurauone was only acquitted after having spent 45 days n pretrial detention, and noting the flimsy charges which he was facing as well as the fact that he was denied bail on several accounts, there is concern that the state has weaponised the judicial system to punish dissenting voices.  The Forum, therefore, urges the government of Zimbabwe to respect the fundamental rights to freedom of expression and opinion and to apply disaster laws fairly and impartially.