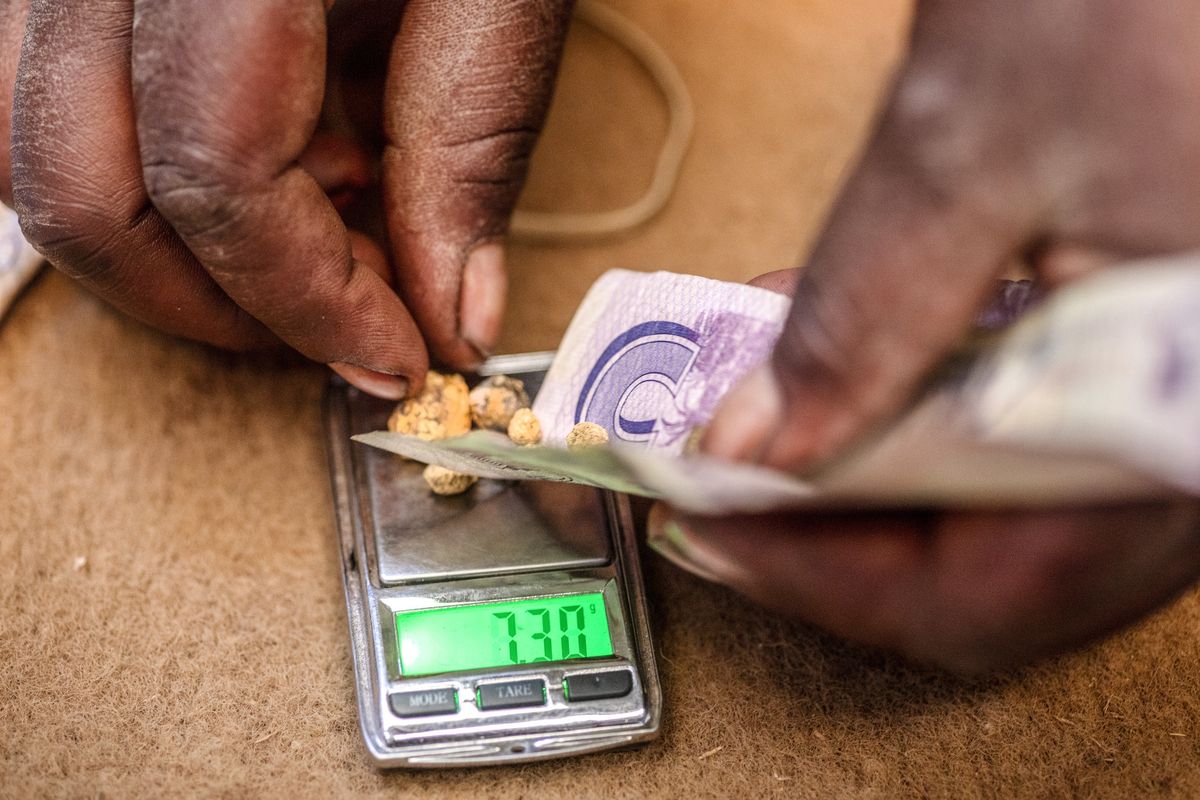 More than $1.5 billion of gold is smuggled out of Zimbabwe every year, depriving the cash-strapped economy of crucial foreign-exchange revenues, according to research organization International Crisis Group.

The gold is illegally shipped from the southern African nation’s small-scale mines, often to the bullion-trading hub of Dubai, ICG said in a report Tuesday. Some of those artisanal mines are plagued by violent gangs that have political connections, it said.

Smuggling is flourishing under a Zimbabwean law that forces miners to sell their precious metal to a unit of the central bank, which pays for gold 70% in dollars. The balance comes in local currency, which is not only worthless outside the country but is paid at an official rate that’s well below black-market levels.

Payments to small-scale miners are “considerably lower” than the spot price of gold, pushing them to look for more lucrative markets, according to ICG. The organization didn’t say how it estimated the size of illegal gold shipments.

Larger gold producers, which are also impacted by payment delays, are pressing the government to scrap the law obliging them to sell to the central bank, according to the Chamber of Mines.

Zimbabwe’s mining sector is key to rebooting an economy suffering from acute shortages of fuel and food, as well as dollars. Official gold exports fell 23% to less than $700 million in the first 10 months of this year as output slumped, according to central bank figures.

“As government, we are working to minimize the costs of smuggling,” said Deputy Minister of Mines Polite Kambamura.

Minister of Home Affairs Kazembe Kazembe told the state-owned Chronicle newspaper in September that gold smuggling could amount to at least $100 million a month. Kazembe didn’t respond to calls seeking a comment.