Zimbabwe’s markets regulator on Tuesday licensed a U.S. dollar-denominated stock exchange to operate in the resort town of Victoria Falls, part of efforts to lure foreign investors to a country grappling with severe foreign exchange shortages. 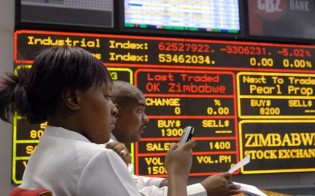 Zimbabwe’s markets regulator on Tuesday licensed a U.S. dollar-denominated stock exchange to operate in the resort town of Victoria Falls, part of efforts to lure foreign investors to a country grappling with severe foreign exchange shortages.

The Victoria Falls Stock Exchange (VFEX), which is owned by the Zimbabwe Stock Exchange (ZSE), was given a licence by the securities and exchange commission and is finalising listing and membership requirements.

Treasury officials say VFEX will initially target mining companies operating in Zimbabwe and other firms with foreign listings, including Old Mutual OMUJ.J, PPC Zimbabwe PPC.J and SeedCo SCIL.BT, which were suspended from the local bourse.

The VFEX is coming at a time many foreign investors are struggling to take out money from the ZSE.

In June, Zimbabwe further spooked investors when authorities abruptly suspended trading on the ZSE for over a month, accusing some investors of using the bourse to manipulate the local currency.

Although trading resumed on Aug. 3, shares in Old Mutual, PPC Zimbabwe and SeedCo, have remained suspended.

The government has said it plans to offer incentives to investors on the VFEX, including tax holidays.