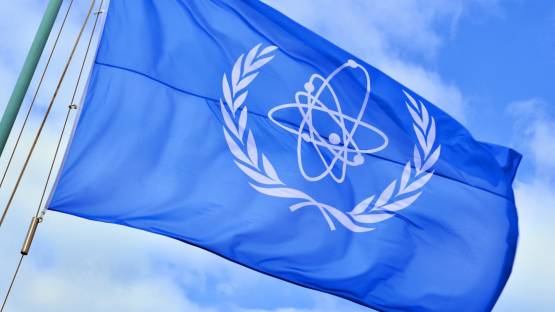 An International Atomic Energy Agency (IAEA) mission found that Zimbabwe has made considerable improvements in its national legal and regulatory infrastructure for nuclear and radiation safety by drafting a new law that addresses the requirements of IAEA international safety standards. The team of experts said that enhanced efforts to develop education and training in radiation protection and safety will further build national capacities.

The Integrated Regulatory Review Service (IRRS) team reviewed progress in Zimbabwe’s implementation of recommendations and suggestions made during an initial IRRS mission in 2014. The six day follow-up mission, which ended on 28 May, was conducted at the request of the Government of Zimbabwe and hosted by the Radiation Protection Authority of Zimbabwe (RPAZ).

The team found that Zimbabwe has successfully implemented many recommended actions from the mission eight years ago, highlighting in particular the draft Radiation Protection Amendment Bill which is scheduled to be passed in 2023, and the draft National Nuclear and Radiological Emergency Plan that has been developed.

The mission reviewed the regulatory framework for all facilities and activities using radiation in Zimbabwe. Zimbabwe, which in 2021 joined four multilateral treaties in nuclear safety and security, uses radiation sources in medical and industrial applications.

“Zimbabwe is only the second African nation, after Cameroon, to invite a follow-up IRRS mission, and they have shown dedication to meet the findings from 2014,” said Peter Johnston, Director of the IAEA’s Division of Radiation, Transport and Waste Safety, at the exit meeting of the mission. “The staff of RPAZ provided the fullest practicable assistance and demonstrated extensive openness and transparency”.

The IRRS team, comprised of six senior regulatory experts from Kenya, South Africa, Sweden, Qatar, and the United States, and two IAEA staff members, conducted a series of interviews and discussions with the staff of RPAZ and reviewed the reference material that they provided in advance.

In addition to the new draft law and plan, the team welcomed the following steps taken by Zimbabwe:

“Zimbabwe is heading in the right direction and the new Bill demonstrates the Government’s commitment to safety,” said Patricia K Holahan, Special Assistant to the U.S. Nuclear Regulatory Commission and Team Leader for the mission. “It is important now that Zimbabwe implements the Bill with new regulations to ensure that the RPAZ has the appropriate authority, requirements and resources to enforce the law. In addition, the new radioactive waste facility allows for safe management of radioactive waste and they have made significant progress on ratification of international conventions.”

Justice Chipuru, Chief Executive Officer of RPAZ, said “Zimbabwe is committed to the continual improvement of the regulatory infrastructure and is grateful for the assistance granted by the Agency. The regulatory body has adopted a policy of periodic peer reviews at least once every five years going forward”.

The final mission report will be provided to the Government in about three months. The Government plans to make the report public.

The IAEA safety standards provide a robust framework of fundamental principles, requirements, and guidance to ensure safety. They reflect an international consensus and serve as a global reference for protecting people and the environment from the harmful effects of ionizing radiation.