Zimbabwe must prove itself before seeking World Bank loans

So far, the record is not encouraging. 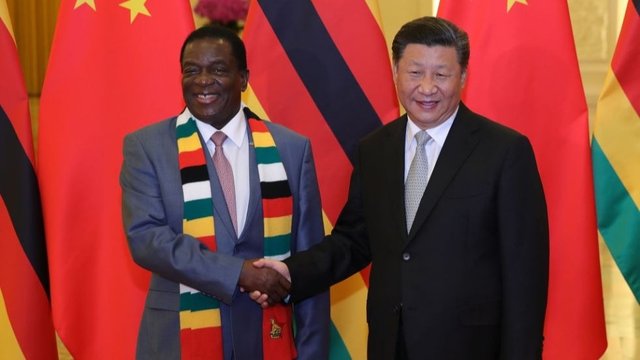 Zimbabwe’s authoritarian government is working with World Bank staff and outside powers to get the creditors to clear billions in arrears and restart loans. Now is not the time for the World Bank to renew lending to Zimbabwe. The new government has made a long list of promises. They need to keep these promises before the World Bank turns the tap on again. World Bank President Malpass should ensure that the World Bank does not make any loans to Zimbabwe for at least the next year as a probationary period to see if the government actually follows through on its promises. So far, the record is not encouraging.

High hopes surrounded Zimbabwe at independence in 1980 under the leadership of Robert Mugabe. Mugabe, who led the ruling Zimbabwe African National Union — Patriotic Front (ZANU-PF) for several decades and who could have been the George Washington of Zimbabwe, will instead be remembered as a tyrant who drove the country into the ground. Mugabe instituted many ill-designed economic policies and clamped down on political opposition. Millions of Zimbabweans fled, along with their capital and resources, and the country stagnated. Rich in diamonds, platinum, agricultural potential and blessed with many tourist attractions, Zimbabwe has not lived up to its potential.

The People’s Republic of China and the Soviet Union — who shared an ideology of state-planned socialism — supported Mugabe’s independence movement in the 1970s. China and Zimbabwe have long-standing ties that have blossomed in recent years with the security services in both countries entering into several joint ventures that sought to exploit the mining sector. Meanwhile, Russia has boasted of its historical ties and attempted to do more in Zimbabwe, but given Russia’s own resources and capacity, constraints have prevented any significant investments.

Zimbabwe’s repression of the opposition and disregard for the rule of law had resulted in many countries (including Britain, the European Union, Canada, Australia, and the United States) imposing targeted sanctions on the country. The U.S. sanctions, which came into force in 2003, have been carried over to the Obama administration and extended further under President Trump. Congress has set conditions for debt relief and support through bipartisan legislation, which was updated last year and signed by President Trump.

There was some hope for the country during a national unity government2009-13, when opposition members from the Movement for Democratic Change (MDC) joined the cabinet. Tendai Biti was appointed finance minister and the economy rebounded strongly. But the recovery collapsed when the unity government ended and Mugabe stole another election.

In November 2017, Mugabe was removed in a bloodless coup after he tried to push his wife Grace as his successor. The military installed longtime Mugabe henchman Emmerson Mnangagwa, known as “the crocodile” but who could easily be described as the Vladimir Putin of Zimbabwe.

Eight months after the coup took place, the people of Zimbabwe were led to general elections in July 2018 to elect a new president and new members of parliament. The contest came down to Mnangagwa and the MDC’s Nelson Chamisa. ZANU-PF claimed a 50.8 percent victory in the polls, despite widespread allegations of voter fraud and coercion, undermining the legitimacy of the election process. U.S. election observers declared the election “did not meet the mark.” Public demonstrations to contest the results were met with a violent response as the armed forces opened fire at them — killing at least six people. The MDC also pursued a legal challenge, which ended in the Zimbabwean Supreme Court upholding Mnangagwa’s victory and declaring him the nation’s third president.

While Mnangagwa’s legitimacy is very questionable, his main promise is to revive a failing economy, and that’s why he’s seeking forgiveness of billions in unpaid debt arrears and new funding from the World Bank. Under his watch, however, the country’s fuel prices soared to $12 a gallonwhich crippled that nation’s most basic and essential economic functions, with shops, schools, and offices shutting down. While taking some steps to narrow the budget deficit on paper, efforts to restore investor confidence have faltered because of a failure to deliver on nearly all promises. Sadly, the future at this point looks only more bleak.

Given all of the above, the World Bank appears keen to provide Zimbabwe with new loans as an incentive to reform. The World Bank’s job is to lend. It is not in the Bank’s culture to prevent loans to members states. On the contrary, all pressure on staff is to increase lending. Some of the Bank’s shareholders are also pushing for a renewal of lending to Zimbabwe, especially Zimbabwe’s neighbors. (The Europeans are split, while Australia, Canada, and the United States are the most skeptical).

The Zimbabwean government has been threatening that absent a World Bank loan, they are willing to “look East,” i.e., seek financing from China and Russia. Despite their deep economic ties with China, it is clear that even bureaucrats in Beijing will keep away from a high-risk country like Zimbabwe that is unwilling to fix its problems. Considering this strategic leverage that the World Bank currently enjoys, it should wait at least for the next 12 months to see if the Mnangagwa government is making actual progress on delivering on its promises.

In an alternate universe, Zimbabwe would be a full-fledged democracy with a growing economy where it could provide jobs for the large youth bulge that it has. It would have the tourism of Kenya, the agricultural productivity of Brazil, it would have the well-managed mining sector of Botswana, and it would have the vibrant financial industry of Panama. One has to hope that someday, Zimbabwe will join the community of free and prosperous nations. For now, President Malpass, the prudent move for the World Bank is to go slow.

Daniel Runde is a senior vice president and William A. Schreyer chair in Global Analysis at the Center for Strategic and International Studies. He previously worked for the U.S. Agency for International Development, the World Bank Group, and in investment banking, with experience in Africa, Asia, Europe, Latin America, and the Middle East.