Zimbabwean President Emmerson Mnangagwa has cut short his annual vacation to try to resolve an impasse with doctors who have been on strike for a month, a government spokesperson says. 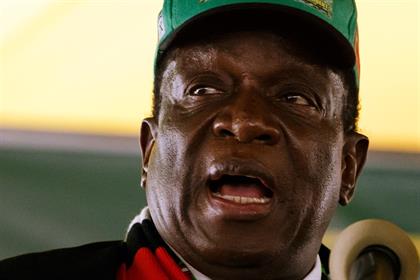 Zimbabwean President Emmerson Mnangagwa cut short his annual vacation on Wednesday to try to resolve an impasse with doctors who have been on strike for a month, a government spokesperson said.

Hundreds of junior doctors in public hospitals across Zimbabwe withdrew their services in November demanding salaries in US dollars, an increase in on-call allowances and an improvement in drug supplies and provision of functional equipment.

Negotiations have so far hit a brick wall with the government insisting it has no capacity to pay salaries in US dollars.

Last week government said it had suspended 530 striking doctors but later made an about-turn to pave the way for fresh negotiations.

“The president has had to cut short his annual leave in order to play an oversight role in the negotiations,” the information ministry permanent secretary Nick Mangwana told AFP.

He added that vice president Constantino Chiwenga, who has been acting as president while Mnangagwa was on leave, “is in constant contact with the president regarding the negotiations”.

The doctors have vowed to continue with the strike.

“Until our demands are addressed, our position remains the same,” Mthabisi Bhebhe, secretary-general of the Hospital Doctors’ Association told AFP.

“The issues remain the same as we presented them to the (health) ministry last year.

“We want decent remuneration. With the current salaries … it’s very hard to pay rent and it’s not enough to buy groceries to last a month.”

Zimbabwe’s economy has been on a downturn for more than a decade with shortages of cash, high unemployment and the government battling to pay its workers.

Mnangagwa, who took over from long-time ruler Robert Mugabe and won a disputed election in July last year, pledged to revive the country’s moribund economy and mend fences with its former allies in the west following years of international isolation.

But the country was thrown into panic after Finance Minister Mthuli Ncube introduced a two percent tax on all electronic transactions as part of new measures to increase revenue.

Shortages of basic commodities resurfaced and prices shot up – and in some cases more than doubled within weeks.

The shortages hit pharmacies with some running out of essential drugs for chronic conditions like diabetes and hypertension and accepting payment only in foreign currency.