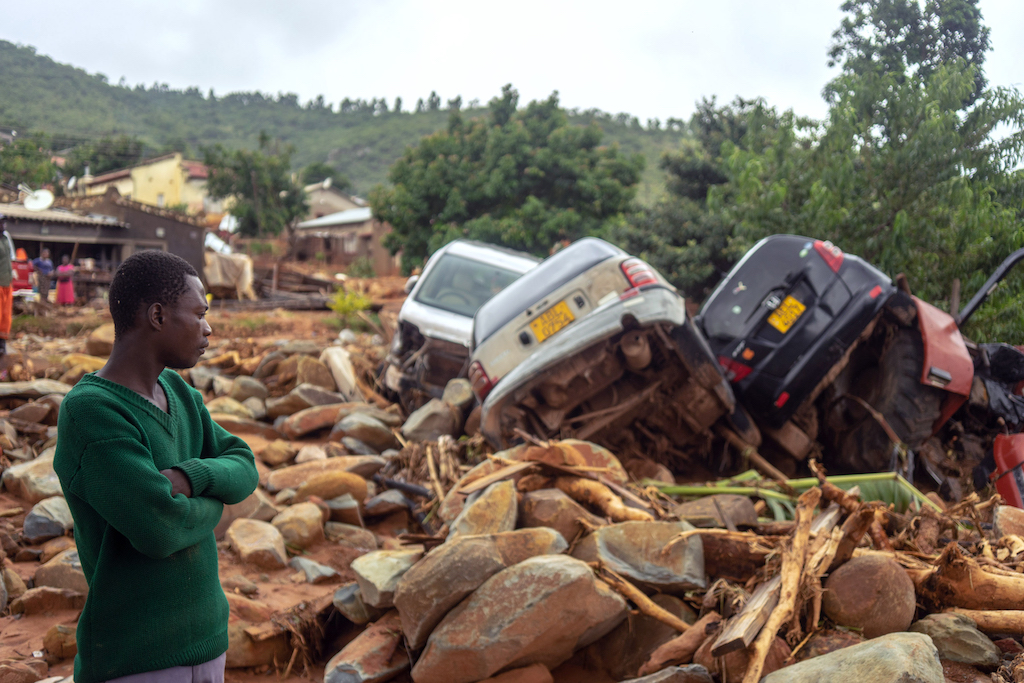 A man stands next to the wreckage a vehicles washed away in Chimanimani, eastern Zimbabwe, after the area was hit by the cyclone Idai.

HARARE – The death toll in Zimbabwe from Tropical Cyclone Idai stood at around 100 but could rise to as much as 300, a minister said.

Local Government Minister July Moyo told reporters at a post-cabinet meeting that the current toll was around 100.

“The total number, we were told they could be 100, some are saying there could be 300. But we cannot confirm this situation,” he said.

“I understand there are bodies which are floating, some have floated all the way to Mozambique,” said Moyo.

At least 217 people are missing and 44 stranded, according to the information ministry.

The worst-hit region was eastern Zimbabwe, especially the town of Chimanimani.

The area was pounded by Tropical Cyclone which on Friday ripped into neighbouring Mozambique before wreaking havoc in southern Malawi and Zimbabwe.