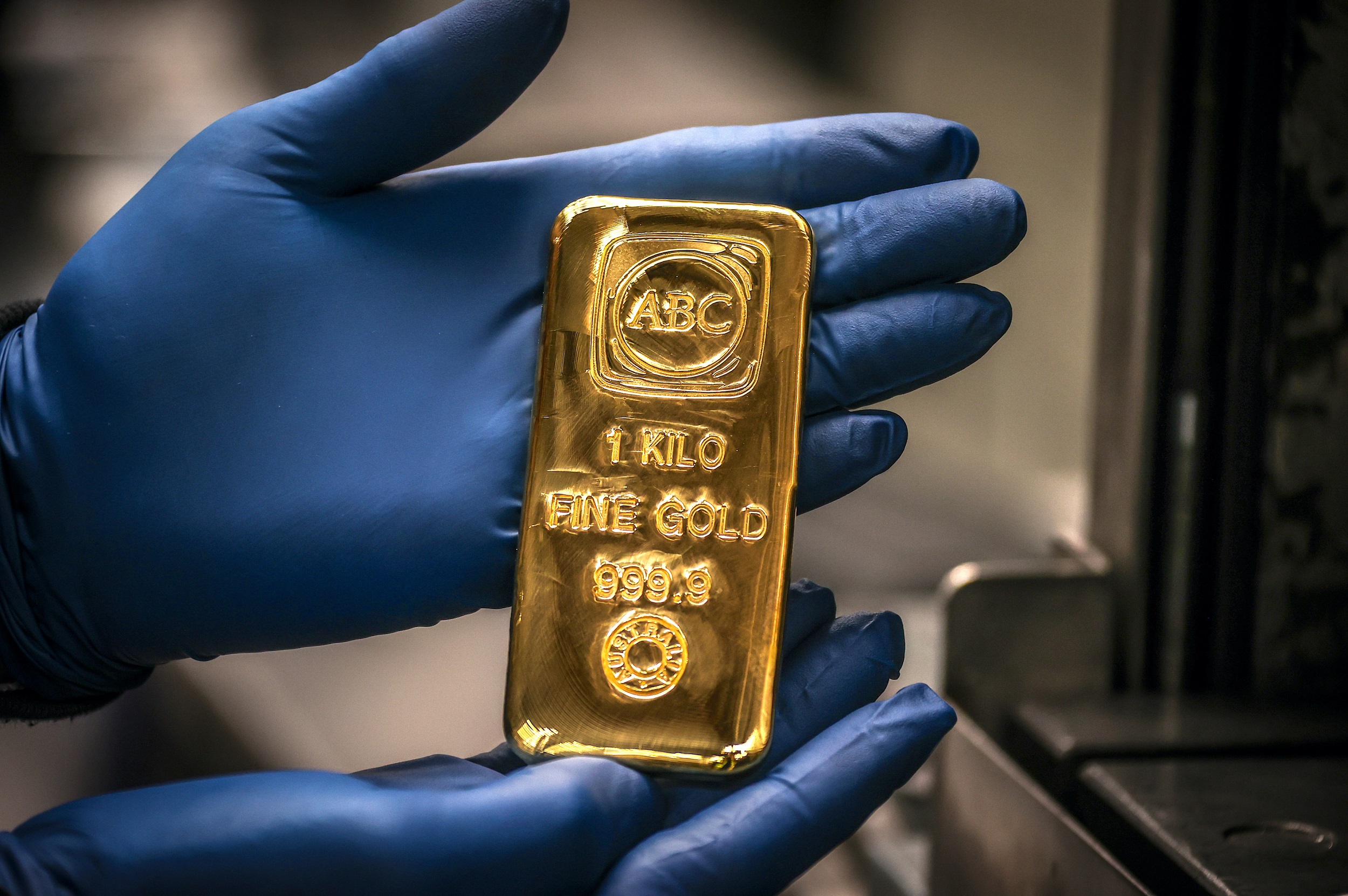 A worker displays a one kilogram gold bullion bar at the ABC Refinery in Sydney on August 5, 2020. – Gold prices hit 2,000 USD an ounce on markets for the first time on August 4, the latest surge in a commodity seen as a refuge amid economic uncertainty. (Photo by DAVID GRAY / AFP)

Zimbabwe last year lost around a third of its average gold production to the black market, the national money printer and gold exporter said Tuesday.

The smuggling of gold, Zimbabwe’s top foreign currency earner, is estimated to cost the southern African country $1.5 billion (1.3 billion euros) in lost revenue per year, according to the International Crisis Group.

Most of the precious metal is siphoned off by informal small-scale miners who sell their findings to illicit gold traders rather than government-appointed officials.

Fidelity Printers and Refiners (FPR) — an arm of the central bank with a monopoly on buying, refining and exporting Zimbabwe’s gold — on Tuesday announced the country had lost around 11 tonnes of gold to “leakages” in 2020.

The losses were mainly due to payment delays caused by foreign currency shortages that encouraged miners to sell to smugglers instead, FPR’s head of gold operations, Mehluleli Dube, told a parliamentary mining committee.

“We have since put some measures in place, and export incentives to encourage our miners to deliver as much gold as possible,” he said.

Gold miners are usually paid in US dollars, a much more stable and desirable currency than the ever depreciating Zimbabwean dollar.

They were legally obliged to sell 40 percent of their earnings to the central bank at the official exchange rate.

But that obligation has been reduced to 20 percent “to lure our miners to bring gold to Fidelity Printers”, said FPR head of finance Peter Magaramombe.

Zimbabwe’s official gold production dropped from a record 33.2 tonnes in 2018 to just 19 tonnes last year, mainly due to fewer deliveries from scall-scale miners, the FPR estimated.

Government officials have been accused of having a hand in the illicit trade and smuggling gold out of the country.

“The allegations appear to be not far off the mark,” said a report by the Southern Africa Resource Watch, a non-governmental organisation, published this week.

“The president’s cronies… are seen as key players in the gold sector,” it noted.

In October, the head of Zimbabwe’s miners’ federation Henrietta Rushwaya was detained with six kilogrammes of gold in her bag just before boarding a flight to Dubai.

Newer Post
You can now get a Chinese Covid-19 vaccine in Zimbabwe, for R1,400
Older Post
Zimbabwe Makes Payment of $1 Million to White Former Farmers