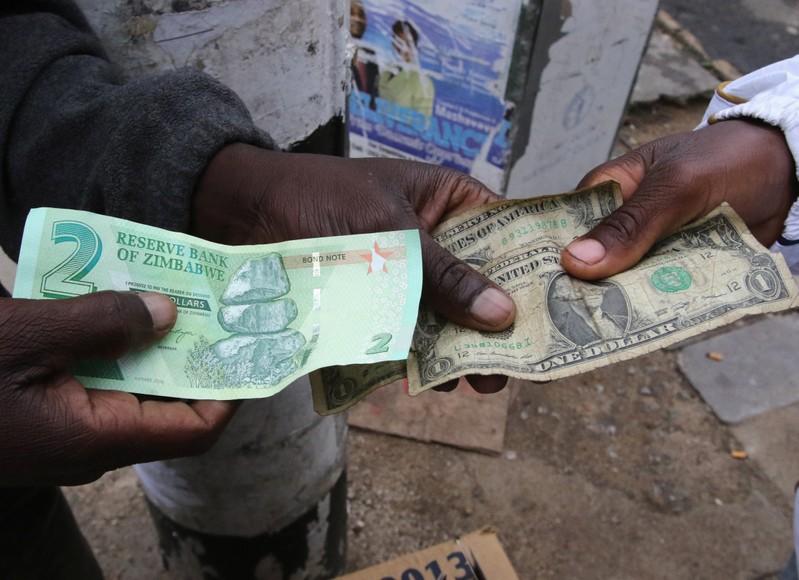 HARARE (Reuters) – Unlicensed foreign currency traders in Zimbabwe face up to 10 years in jail if convicted and loss of their money and assets when new exchange control rules are published this week, a senior government official said on Sunday.

The southern African nation, which adopted the U.S. dollar after dumping its hyperinflation-hit currency in 2009, is gripped by a shortage of cash dollars, which has seen prices of imported goods spiral in recent weeks.

President Emmerson Mnangagwa’s government, under pressure to make good on pre-election promises to mend the stricken economy, is on a drive to end parallel market trading it blames for fuelling price increases.

Ministry of Justice permanent secretary Virginia Mabhiza said Mnangagwa would use executive powers to amend the exchange control and money-laundering laws in an official notice that will be gazetted on Monday.

Mabhiza said the new rules will also empower police, the National Prosecuting Authority and anti-corruption commission to compel suspects to explain their source of wealth and bank deposits.

Last year in September the government published similar regulations, which lapsed this year with no major arrests.[nL8N1M952C]

“All those who fail to give satisfactory answers risk forfeiture of their assets or monies in their accounts,” Mabhiza said.

The new regulations would be in effect for six months and require parliament approval to become permanent, she said.

This tacit admission that the bond notes and electronic deposits were not at par with the U.S dollar accelerated their collapse on the black market.