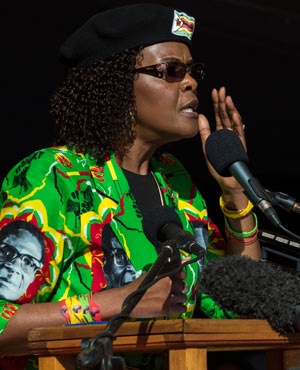 WASHINGTON — President Robert Mugabe returned home on Saturday after spending a week in Singapore where he was undergoing a medical review.

According to the state-controlled media, President Mugabe was accompanied by his wife, Grace, daughter Bona and her husband Simba Chikore.

The ZBC also reporters that Mrs. Mugabe suffered minor injuries in an accident involving the presidential motorcade soon after the 93 year-old returned home.

State broadcaster ZBC and Associated Press quoted presidential spokesman George Charamba as saying that she was taken to a hospital to be treated for bruises on her right ankle following a “freak car incident,” and was later discharged.

State media provided no further details on the accident, which happened after the Mugabes left the airport in Harare, the capital.

The couple had left for Singapore on July 7 in what Zimbabwean authorities described as a routine medical checkup for the president. It was Mugabe’s third trip to Singapore this year.