Other main exports include cut granite US$30,8 million, nickel concentrates US$237.3 million, crocodile skins $16.2 million and food and beverages US$112,3 million. Month on month, exports grew nearly 27 percent to US$318,73 million from US$251,31 million in September. Main export markets by country included There is still need for Zimbabwe to improve its export performance if it is to achieve meaningful economic growth. Zimbabwean products have become uncompetitive, due to, among others, to cumbersome regulatory and administrative processes and the generally high manufacturing costs.

In the ten-month period, imports were down nearly 17 percent. Generally, 2016 has been difficult a difficult year for importers. Having to endure the challenges associated with the external payment systems which crept in late last year, importers were subjected to a new intervention from Government; pre-shipment inspections through Bureau Veritas. The objectives of the inspections were to check on the quality of imported goods to reduce importation of hazardous and substandard substances, including improving the collection of customs duty.

But before importers could adjust to the new requirement, the Reserve Bank of Zimbabwe in May introduced an import priority list to aid in the utilisation of foreign currency. The list favours the importation of raw materials, fuel, capital goods and dividends. It was hoped that the measure would reduce the importation of trinkets and unproductive. But yet again, soon after this, the Ministry of Industry and Commerce introduced Statutory Instrument 64 of 2016, which took out 42 products from the Open General Import Licence. 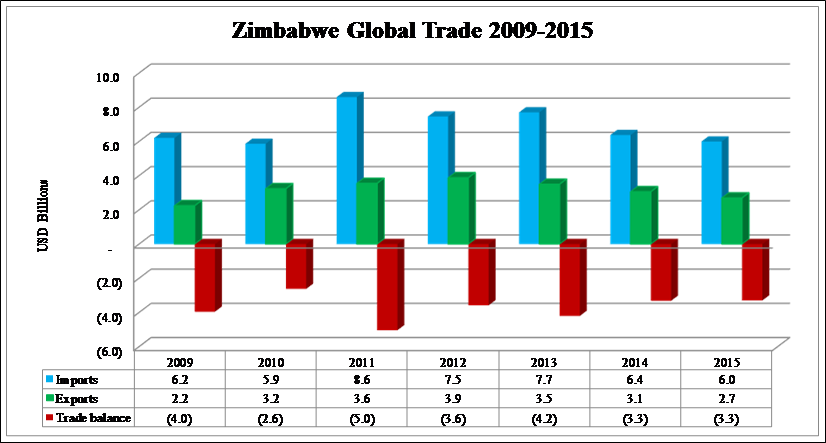