We give you updates of the Shut Down Zimbabwe protest. 11: 34 In Pumula South and Old Pumula schools, clinics and shops are closed. Any commuter omnibus seen loading passengers is blocked by residents. They have since barricaded the roads. 11:34 “We have no peace police are making our life miserable. We would rather shut […]

We give you updates of the Shut Down Zimbabwe protest.

11: 34 In Pumula South and Old Pumula schools, clinics and shops are closed. Any commuter omnibus seen loading passengers is blocked by residents. They have since barricaded the roads. 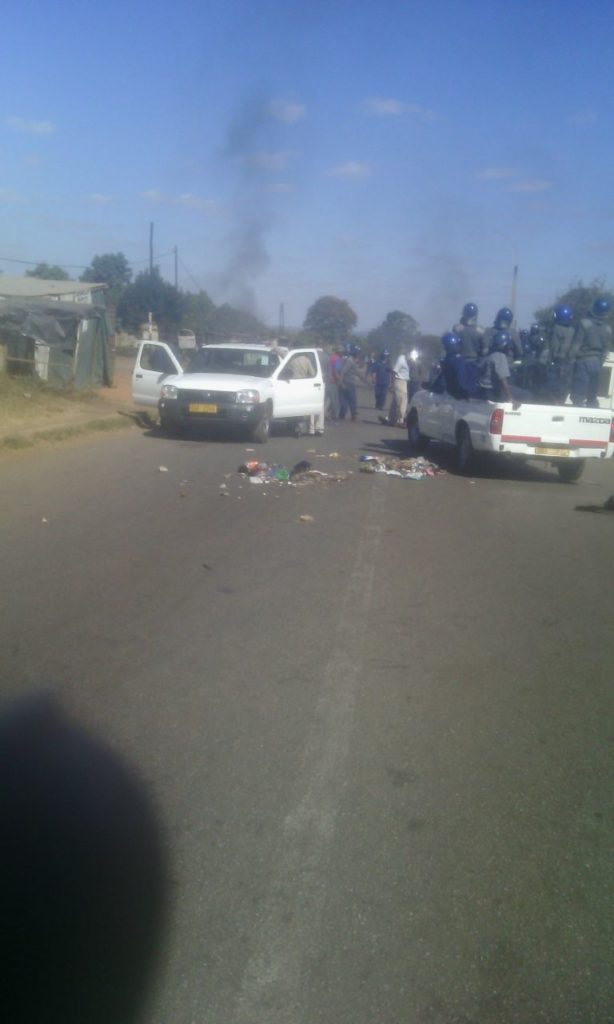 11:34 “We have no peace police are making our life miserable. We would rather shut off the roads,”a Mufakose resident told our reporters
11:33

Police have just arrested about five youths for staging a mini protest in the central business district,demanding that President Robert Mugabe steps down.
One of the arrested youths is Mthokozisi Ncube, the coordinator of the Bulawayo Youths Arise.
The youths sang “Mugabe must go” near the Joshua Mqabuko stature before anti-riot cops in a pick up van arrived and arrested them.
They have been taken to Bulawayo Central Police Station.
As they were being taken to the police station, the youths were singing “Mugabe must go”‘. 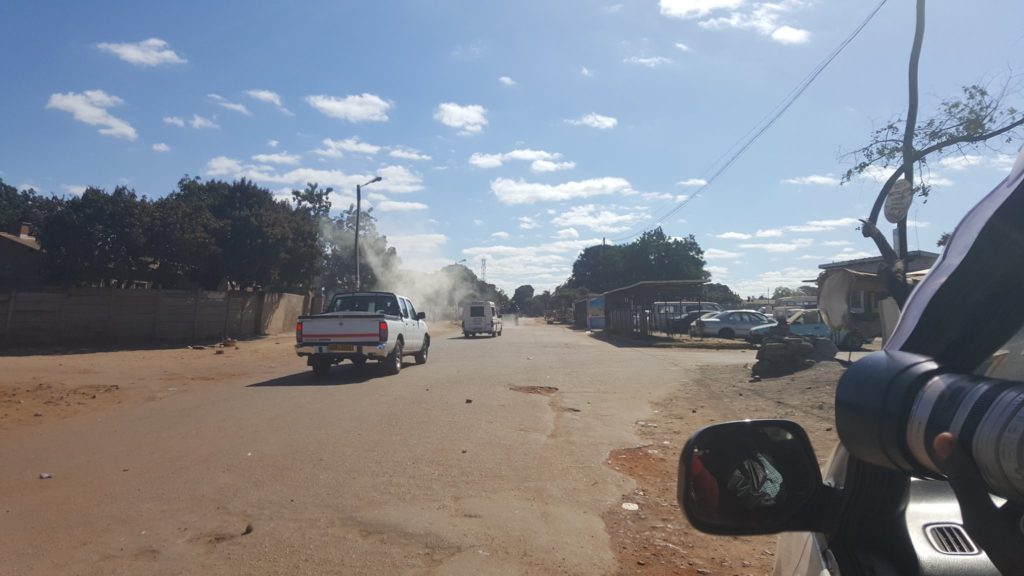 11:20 Commuters traveling into town are having to fork out $2 or more for a trip that normally cost 50 cents

According to the information we have, WhatsApp is currently not working on the following networks:

We have not tested and have not received any information on the other networks so we cannot say at the moment what the situation is with them. 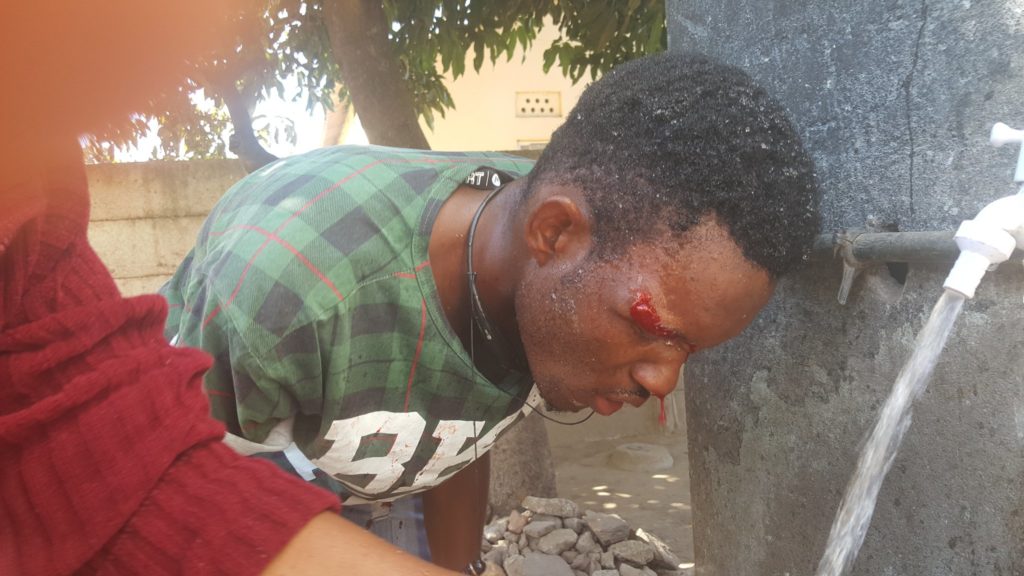 10: 50 Running battles in Mufakose between anti riot police and residents.

10:20 Meanwhile at the courts in Harare, few interpreters and magistrates have turned up for work while some suspects and witnesses have been issued with warrants of arrests after failing to turn up for their court appearances.

10:00 A Tombs bus has been reportedly stoned at the Redcliff turn-off along BUlawayo Road and police are now at the scene clearing the road that had been barricaded with stones.

From Mufakose, George Makoni reports: There are running battles between the police and residents at Magandanga area in Mufakose.They have launched teargas ,but the residents are grouping.All schools and shops are closed and kids are excited with the demonstration,they have also joined.No combis and many people are in the streets ,a sign that most people did not go to work

Bulawayo heeds shutdown call as most shops in the central business district and high density suburbs are closed. 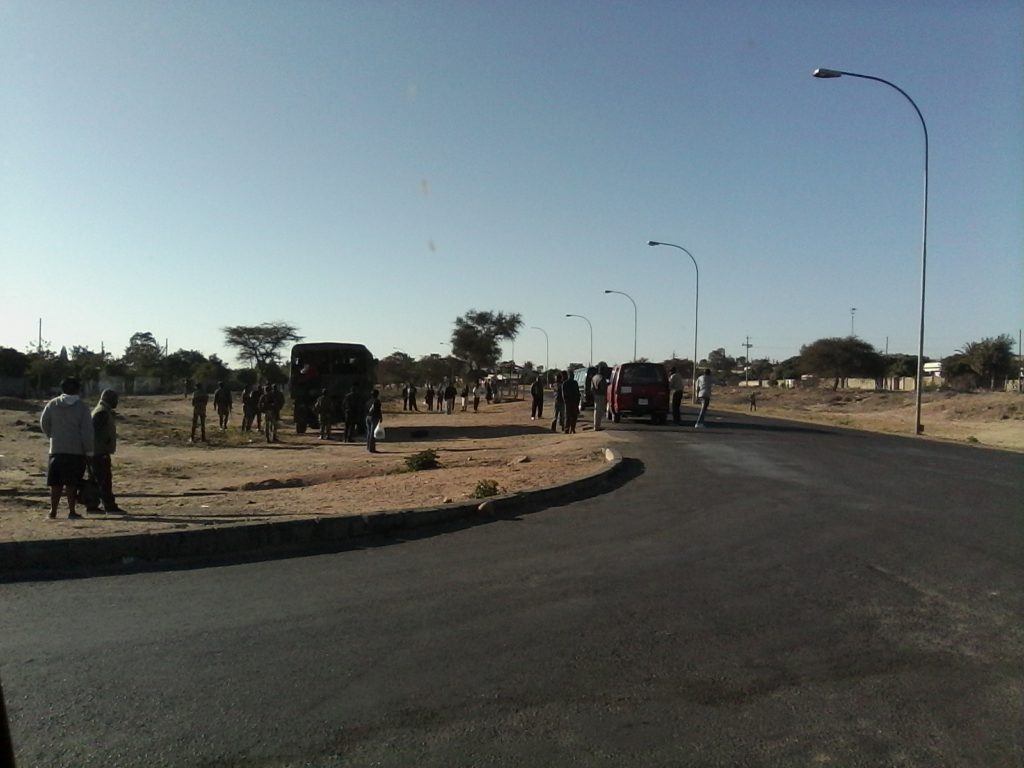 The situation in Bulawayo

School children have been sent back home while other schools like St Bernards in Pumula suburb locked its gates.

Choppies shops open, and in some places guarded cops.

09:15 Reports from Kwekwe indicate the town has come to a standstill as there are no commuter omnibuses. Those that commute from the town to work in Gweru are stranded.

In Gweru some shops are closed and business is low. An army water cannon is stationed at a Choppies Supermarket in the CBD, apparently protecting the Vice president Phelekezela Mphokon outlet.

09:00: Armed riot police presence at OK shop at Kamunhu Shopping Centre in Mabvuku.
In Dzivaresekwa there are no people to board a few kombis available while armed police officer with rifles are patrolling the areas

08:45: Harare is so far in a virtual stand-still with Zimbabweans heeding a call by pro-democracy activists to stay-away in a bid to force President Robert Mugabe to find solution to the country’s problems or better still for him and his Zanu PF government to resign enmasse. 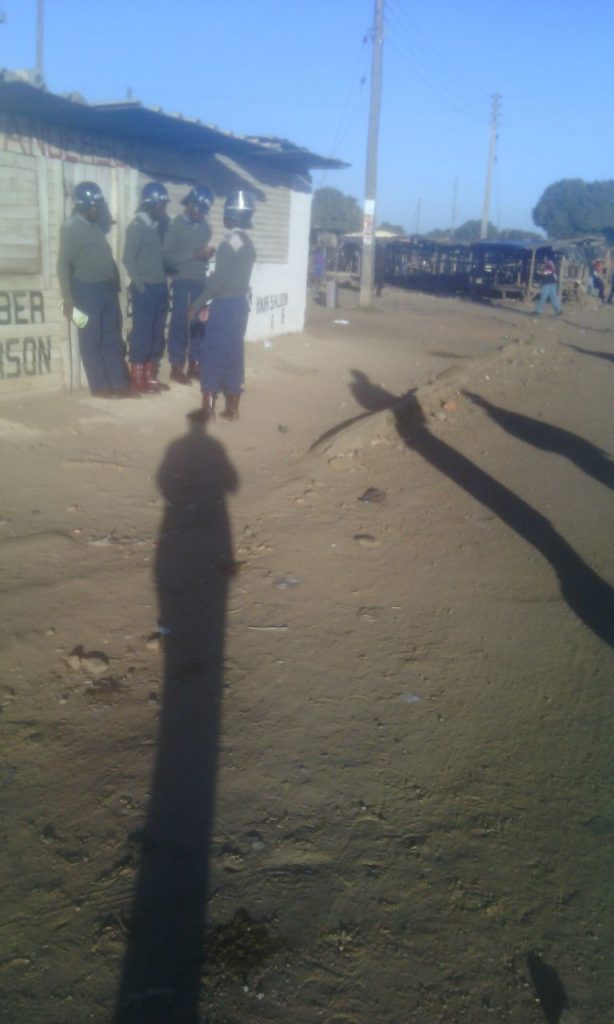 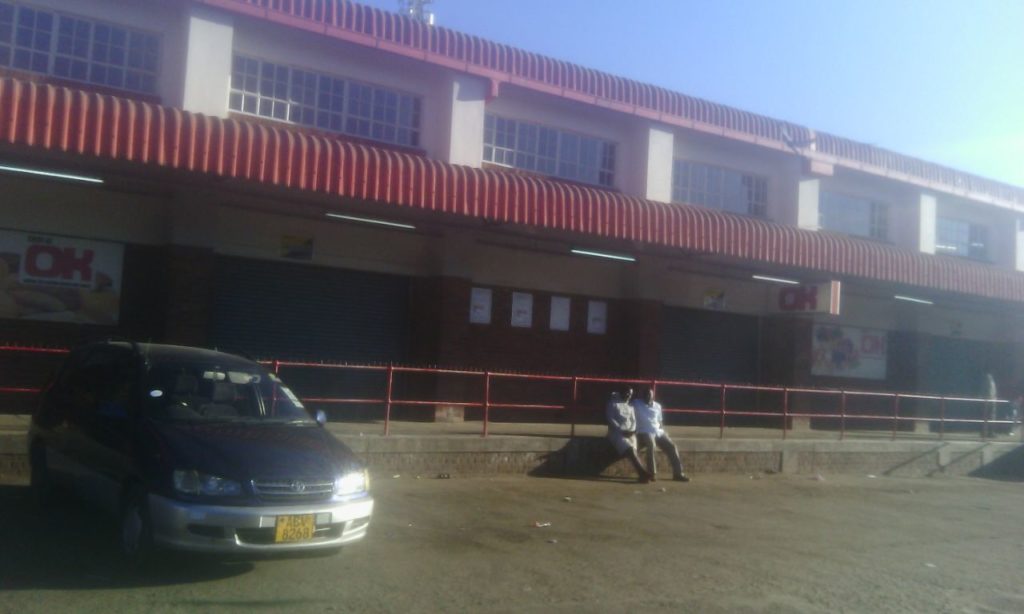 OK Machipisa is not open 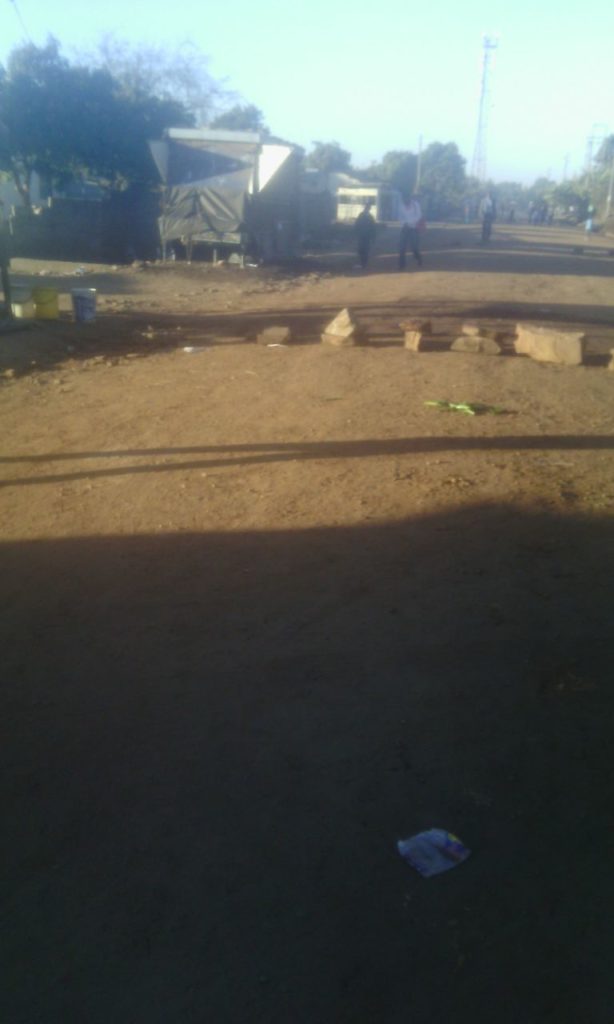 A general survey by NewsDay journalists around Harare revealed that most shops and industries were closed as many people stayed home.

In Harare’s High density suburbs such as Glen Norah, Mufakose, Machipisa and Mabvuku there is a heavy police presence, shops are closed and virtually no public transport.

The situation is the same in the dormitory town of Chitungwiza with most businesses closed. 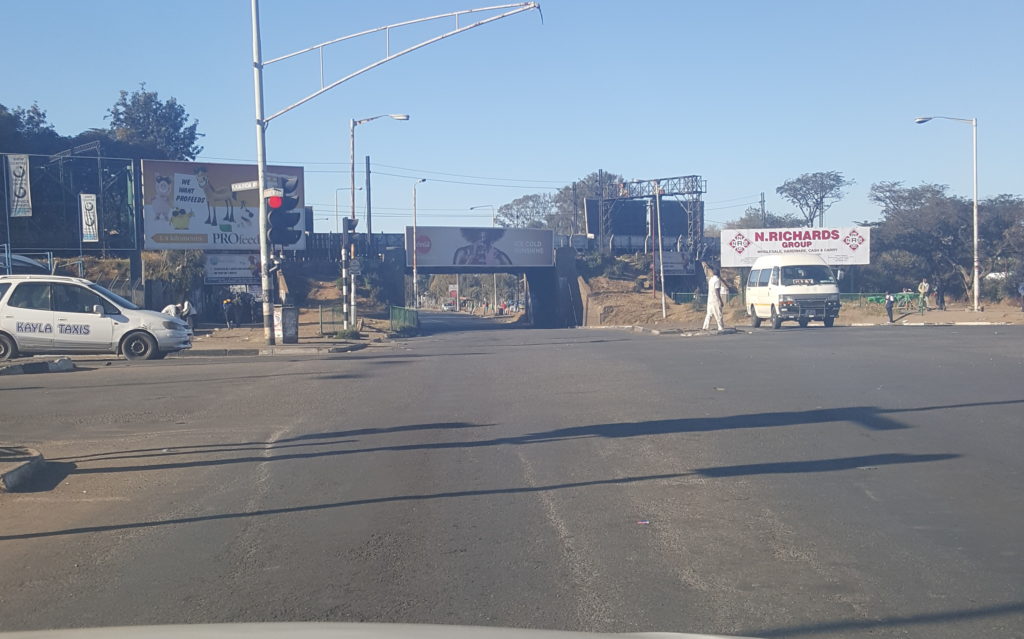 The Seke Road flyover, which is usually a hive of activity, is quiet and desolate as people heed the call to #ShutdownZim 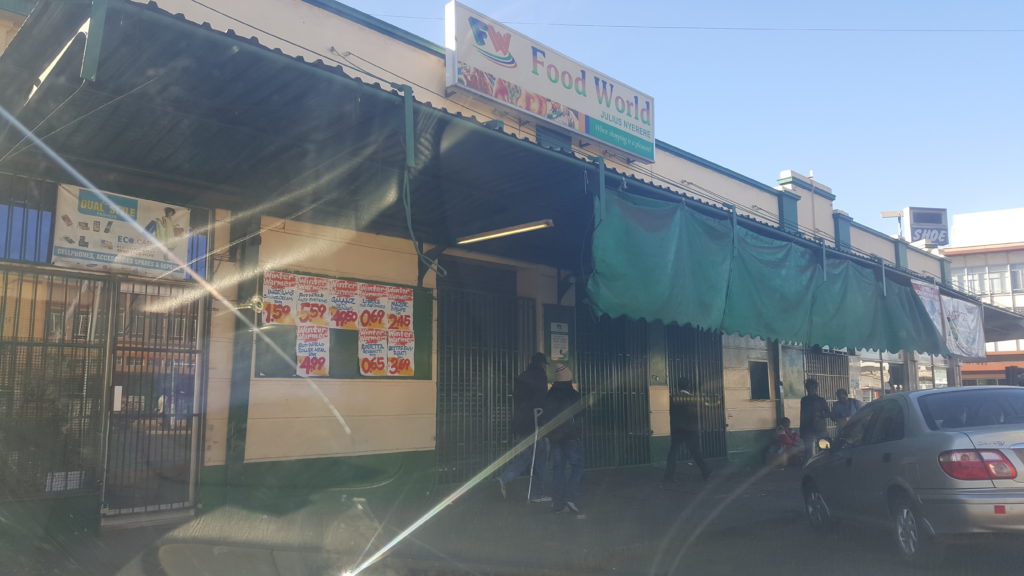 Some shops in the city centre are closed

However more telling for Mugabe and his administration is the fact that the informal sector a haven for Zanu PF activists has also heeded the call. Market stalls across the city are virtually empty with Mabare’s Siyaso, Magaba and Mupedzanhamo also closed.