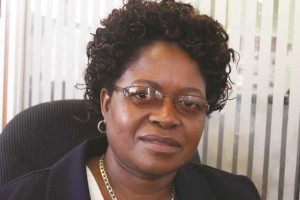 PRESIDENT Robert Mugabe’s decision to get rid of widely respected Auditor-General Mildred Chiri this week, ostensibly because her term of office has expired, is hardly shocking given her consistent and systematic exposure of the abuse of public funds and the looting of state enterprises by senior government officials.

It is quite obvious that Mugabe’s decision is not informed by the expiry of her contract alone.

If that was the case, the likes of Zimbabwe Defence Forces commander Constantino Chiwenga, Central Intelligence Organisation director general Happyton Bonyongwe, police Commissioner-General Augustine Chihuri, among others, would have been long relieved of their duties on the same grounds.

Over the last 13 years, Chiri has ruffled feathers by giving an honest account of how public funds are being abused and in many cases stolen.

She has exposed the rot in parastatals, most of which have become feeding troughs for senior government officials, while also exposing the rampant corruption in local authorities.

In what will prove to be her last report, she made a stunning revelation that the country’s broke Treasury failed to account for nearly US$570 million disbursed to unnamed beneficiaries in the form of loans, thus exposing bad governance, gross mismanagement of public funds and systematic looting by top officials.

In her report for the financial year ended December 31 2016 on appropriation accounts, finance and revenue statements and fund accounts, Chiri revealed that the money was doled out by Treasury to senior officials without stating the reasons.

“Treasury did not disclose the details of the purpose and the names of beneficiaries (debtors) for loans amounting to US$567 537 792,” Chiri’s report reveals.

This is just but one, example of the massive looting which Chiri exposed.

Naturally though, Mugabe has over the years failed to act on the damning reports, suggesting that he condones the looting and in all likelihood, may have seen her as a nuisance who was throwing spanners in his corrupt patronage network.

To many Zimbabweans, Chiri was a calm, diligent and efficient public servant who fought hard against corruption and bad corporate governance, but was let down by a predatory executive, bent on enriching itself at the expense of the majority.

Will Ndudzo be up to the task, or will he become a willing broom which will sweep dirt under the carpet?
It’s hard to tell, but his tenure at the IDCZ — a self-financing institution — whose business interests include fertiliser production, agro-processing, manufacturing, mining, horticulture, retail, services among others, is hardly encouraging.

He took over the as the IDCZ general manager in 1991, but has failed to turn around the parastatal’s fortunes.
He has very big shoes to fill.