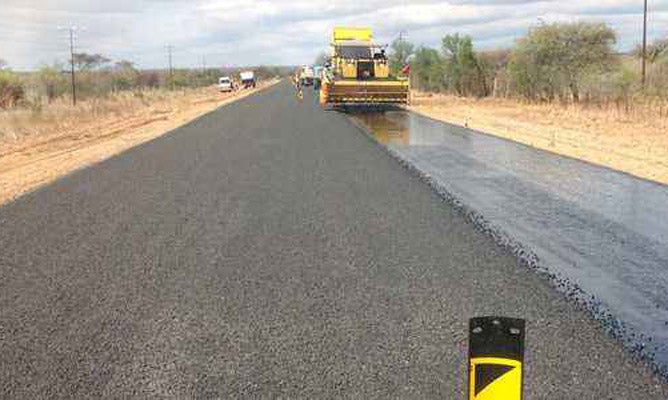 ZIMBABWE National Road Administration director Kudzanayi Chinyanga yesterday said his department was mobilising resources to repair damaged sections of the Harare-Beitbridge Highway, which have turned the road into a death trap.

Although Chinyanga did not disclose the amount required, he expressed hope that Treasury would provide adequate funding for the road’s rehabilitation.

“We are mobilising resources to do a blitz on those (damaged) sections. Hopefully, Treasury will provide the money by next week so that we commence work. My provincial heads are working on that,” he said.

Engineers say the road had outlived its lifespan by over 40 years, with the stretch from the High Glen and Simon Mazorodze traffic circle in Harare, up to some 20km south of Chivhu, having deteriorated significantly.

Motorists who spoke to Southern Eye say the stretch from Chivi Office Turn-off to Beitbridge was dangerously narrow, with the 155km stretch between Rutenga and Beitbridge having accounted for many fatal accidents.

Last week, five people died on the spot and another 45 were injured near Rutenga when their South Africa-bound bus veered off the road and landed on its side, an accident blamed on the condition of the road.

On Wednesday, a NetOne technician died on the spot just four days after being transferred to the border town, with his colleagues sustaining serious injuries in another accident near Rutenga.

Government officials in Mwenezi and Beitbridge have called on their employer to build a hospital at Rutenga and upgrade the Beitbridge Rural District Hospital to levels to match rising demand for medical services.

“But, in reality, prevention is better than cure and improved roads network will reduce pressure on hospitals. The Beitridge-Harare Highway has long been talked about and the government would score serious political marks by attending to it sooner rather than later,” said Bright Mateza, a Beitbridge shipping agent and transport broker.

For close to 30 years, government has been talking about upgrading the Beitbridge-Harare Highway, which handles more than 5 000 vehicles a day.

Haulage trucks, passenger coaches and private motorists from the Democratic Republic of Congo, Zambia and Malawi use the highway while government earns millions of dollars in toll and transit fees levied on local and foreign vehicles.