ZIMBABWE Lawyers for Human Rights (ZLHR) is concerned about the treatment of freelance journalist Hopewell Chin’ono and Jacob Ngarivhume, the leader of Transform Zimbabwe political party, who are currently detained at Chikurubi Maximum Prison.

Source: ZLHR converned about treatment of Chin’ono and Ngarivhume in prison – The Zimbabwean 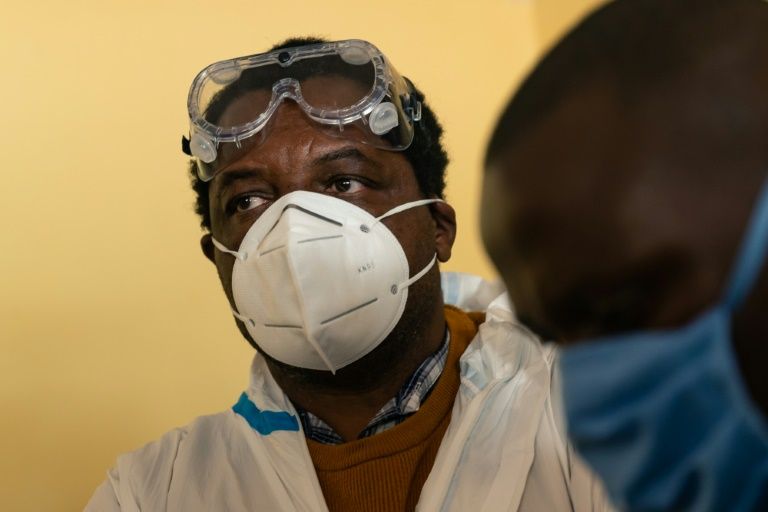 On Saturday 8 August 2020, ZLHR lawyers Roselyn Hanzi, Beatrice Mtetwa
and Moses Nkomo visited their clients, Chin’ono and Ngarivhume at
Chikurubi Maximum Prison, where they were moved to from Harare Remand
Prison on Friday 7 August 2020 by Zimbabwe Prisons and Correctional
Services (ZPCS) officials.

Chin’ono and Ngarivhume’s lawyers only came to know of the transfer of
their clients late on Friday 7 August 2020 after they learnt from
independent sources that the duo had been strip searched, shackled in
leg irons and eventually moved at night to Chikurubi Maximum Prison.
This transfer had not been communicated formally to Chin’ono and
Ngarivhume’s legal practitioners beforehand.

The Officer in Charge of Harare Remand Prison confirmed to the legal
practitioners that he had received instructions from “above”
pertaining to the transfer.

When Chin’ono and Ngarivhume’s lawyers visited their clients on
Saturday 8 August 2020, they were denied access to consult the two
prisoners in private with ZPCS insisting that they be present during
any consultations or be within earshot of the discussions involving
the two detainees.

The ZPCS officials could not entertain arguments by lawyers that they
had previously visited other clients and had been allowed that privacy
because in terms of the law, communication between a lawyer and client
is privileged and confidential.

But the prison officers advised Chin’ono and Ngarivhume’s lawyers that
they had direct orders not to allow lawyers to consult with clients if
they could not hear the discussions and that section 140(6) of the
Commissioner-General’s Standing Order Part VII Visits and
Communication did not allow this. The Commissioner-General’s Standing
Orders are in direct violation of section 50(5)(b) of the
Constitution, which provides that “any person who is detained,
including a sentenced prisoner, has the right at their own expense, to
consult in private with a legal practitioner of their choice, and to
be informed of this right promptly.”

ZLHR also learnt that Chin’ono and Ngarivhume were not provided with
jerseys while in detention as prison officers advised that they did
not have any more jerseys in stock. Although the two prisoners’
lawyers sought permission to bring in warm clothes as ZPCS has no
jerseys, this request was turned down with prison officers insisting
that only the red and white prison jersey is allowed and that lawyers
have to source the jerseys for the clients.

It took a lot of haggling between the lawyers and prison officers for
them to allow Chin’ono and Ngarivhume to have access to food which had
been brought by their lawyers as their ZPCS kitchen had closed with
the ZPCS officials insisting that home-prepared food was not permitted
because of the outbreak of coronavirus.

The blatant and malicious stripping away of the two prisoners’ basic
rights including the right to give instructions to lawyers of their
choice in private is unconstitutional. The harsh treatment of Chin’ono
and Ngarivhume undermines the presumption of innocence.

Of great concern to ZLHR too, is the undermining and obstruction of
legal practitioners who are merely attempting to protect their
clients’ fundamental rights and perform their professional duties.

ZLHR urges ZPCS authorities to uphold constitutional provisions which
guarantee fundamental rights of arrested and detained persons
including Zimbabwe’s regional and international obligations on rights
of detainees, which include the African Charter on Human and Peoples’
Rights and the International Convention on Civil and Political Rights.