2020 Marked by Economic and Health Crises in Zimbabwe 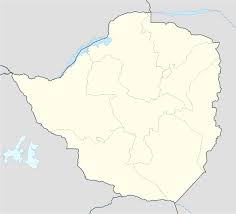 2020 has been especially tough for Zimbabwe, hitting the landlocked African nation with a triple whammy of growing political tensions and repression, a shattered economy further hamstrung by international sanctions, and a global pandemic.

For a year, Joy Mabenge, a political analyst and also country director of ActionAid Zimbabwe, has watched the coronavirus take his country from dire to disastrous. When the pandemic hit, he said, it found a beleaguered nation.

“We have had a political crisis in the country,” says Mabenge. “We have had an economic crisis. We have a humanitarian crisis in terms of the food insecurity situation here in Zimbabwe. And, of course you would also appreciate that last year, certain parts of the country were also hit by a cyclone, the latest being Cyclone Idai.

In August, seven countries — the United States, Germany, Poland, Britain, Canada, Norway and the Netherlands — urged Zimbabwe’s President Emmerson Mnangagwa to keep his 2018 inauguration pledge to respect human rights, amid reports that he was using the pandemic as a cover to restrict freedoms.

In a joint statement, the nations urged him to desist, to recognize citizens’ universal rights and freedoms, and to investigate and prosecute all violations of human rights.

A spokesman for Zimbabwe’s ruling party memorably called their statement “a piece of rubbish.”

Notably missing from that list was the one country that has arguably the greatest pull over Zimbabwe: neighboring South Africa. In October, South Africa joined other countries in Southern Africa in calling for the removal of crippling Western sanctions on Zimbabwe.

But analysts say South Africa can and should be doing more to help its northern neighbor. Piers Pigou, of the International Crisis Group, says South Africa seems to have recently shifted away from its longstanding policy of “quiet diplomacy,” and into something more openly critical of Zimbabwe.

“There have been questions asked about the efficacy of that approach, the-cost benefit of that approach,” says Pigou. “And in the context of a set of very serious challenges in Zimbabwe following the November 2017 coup d’etat that brought Mr. Mnangagwa into the presidency, the hopes of effective reform, re-engagement and a recovery process have not been realized.”

So what can South Africa do to help its neighbor more publicly, and in a way that brings about actual reform? Pigou emphasizes that regional cooperation — within Africa, and through the African Union — is key.

“We’re saying that [South African] President [Cyril] Ramaphosa could use his position as AU chair to shine some light on this issue, he’s there for another month or so,” says Pigou. “So we think that there’s an opportunity for him to shine a light on the issues. This is not about imposing a solution or external solutions or agendas on Zimbabwe. This is rather about assisting to help have a more even playing field in which Zimbabweans can resolve their own problems.”