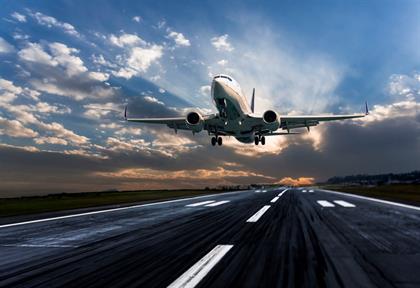 Air Namibia has reportedly cancelled flights to Zimbabwe after one of its aircraft was impounded by authorities in Harare last week.

Air Namibia has reportedly cancelled flights to Zimbabwe after one of its aircraft was impounded by authorities in Harare last week.

This followed reports that a Zimbabwean man was trying to sue Air Namibia for $1m after airline officials allegedly barred him and his family from travelling to Turkey.

According to The Namibian, in a statement this week, the airline’s spokesperson, Paul Nakawa, said flights to Zimbabwe would be cancelled pending the finalisation of the matter.

“The airline has resolved to divert the current flights between Hosea Kutako International Airport and Victoria Falls to Livingstone, Zambia, for the period 6 October 2018 to 27 October 2018. We trust that Air Namibia can count on the continued support of its passengers, and we continue to strive for the most professional and pleasant experience for our passengers,” Nakawa was reported as saying.

Harare High Court Judge Tawanda Chitapi authorised the sheriff of the court to attach Air Namibia’s property, including planes, pending the finalisation of the case in which Zimbabwean family man Chenjerai Mawumba was suing the airline for “pain, suffering and trauma”.

Court papers alleged that Mawumba, his wife and three children were barred from travelling to Turkey via Windhoek and Frankfurt in February 2017. He said that he and his family were detained at Windhoek’s Hosea Kutako International Airport for two days, then deported back to Zimbabwe.

“We were advised by Air Namibia officials that we were not permitted to travel to Turkey as planned because of our Zimbabwean nationality,” Mawumba alleged in court papers quoted Daily News.

He said they were told this “in the most racist, arbitrary and extemporary fashion” by airline officials. The report said that Mawumba found out later that Air Namibia had “a policy of denying Zimbabweans and other nationalities access to Europe in a bid to save itself from paying fines imposed by Germany authorities for the conveyance of illegal passengers”.

The paper added: “While the airline was aware of this policy, it still accepted his flight payments.”