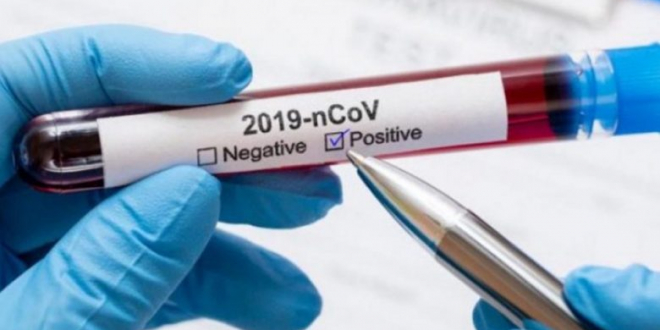 THERE are alarming numbers of false COVID-19 test results due to the fact that the new strain of the virus is difficult to pick during routine testing, an expert has said.

This was disclosed yesterday by Lancet Laboratory chief executive Charles Muronda during a virtual Press conference, where he also said that the emergence of the new strain of COVID-19 showed that the virus constantly mutates as a survival tactic.

Muronda said the virus had adopted new genetic features which laboratories may fail to pick up if they do not have proper technology to isolate it.

His sentiments come soon after several complaints were made on social media over people that were given false positive results at Lancet Laboratory, but tested negative elsewhere.

Some of the clients alleged that the false positive results were meant to extort them of their money.

But Muronda said Lancet Laboratories was equipped to pick up the new COVID-19 strain.

“So if you test positive at Lancet and then go and seek another test elsewhere, it does not mean that the Lancet results are
wrong. It may actually mean the other laboratory has not upgraded its equipment and, therefore, failed to pick up the mutated virus,” Muronda said, adding that a false positive result was rare.

“These people will spread the disease around as they run around to get another test elsewhere. We have, through our partners, managed to acquire upgraded test kits that can detect the viruses that have mutated. Most of these clients want to travel. They have important plans, meetings and so when confronted with positive results, the impact may change a lot of things and many find it difficult to accept them,” he said.

Muronda said lack of training of health personnel and a low viral load in some individuals also resulted in false positive results.

“Sometimes the test is done too early and there is not enough viral load. The result will then be negative and yet the person has COVID-19. Also the throat swab is less effective because it is difficult to reach the back of the throat. The nasal swab is a better option.”

Muronda dismissed the idea that it was possible for Lancet staff members to interfere with results as security was “air-tight” and included a bar coding system when the sample is collected, which is then maintained throughout the process until collection.

In a statement, the laboratory said it was investigating a case where a staff member is alleged to have tampered with COVID-19 test results. It has also been reported that many touts are operating near laboratories in a bid to swindle those that have tested positive to the virus.

The Food and Drug Administration last week also said a negative result did not rule out COVID-19, and should not be used as the sole basis for treatment or patient management, especially when clinical presentations suggest COVID-19.

Meanwhile, an employee from Klosad Clinical Diagnostics Laboratory, which is linked to former Health minister Obadiah Moyo was yesterday arraigned before the courts over allegations of issuing out fake COVID-19 certificates.

Carol Guzha, a medical laboratory technologist, was not asked to plead when she appeared before magistrate Denis Mangosi, but was released on $7 000 bail.

Her alleged accomplice in the case, Anesu Nyamugama appeared in court on the same charges and has since been suspended from work.

Allegations were that Guzha and Nyamugama were paid by clients so that they could obtain certificates with negative results without going through the Polymerase chain reaction (PCR) tests.

Guzha was ordered not to interfere with witnesses and to reside at her given address as part of her bail conditions.