All eyes on MZWP pipeline

Source: All eyes on MZWP pipeline | The Standard 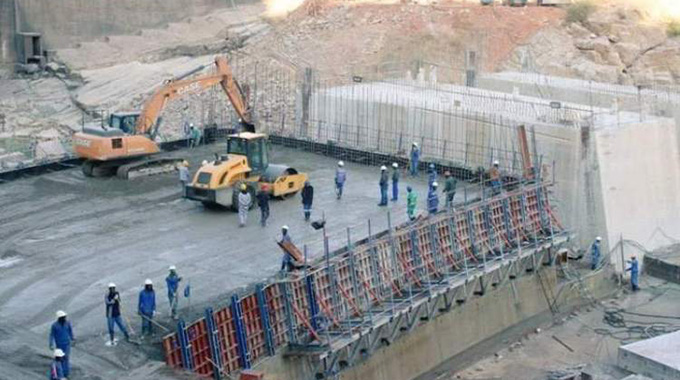 GOVERNMENT is yet to award a tender for the construction of the 260km Gwayi-Shangani dam-Bulawayo pipeline, an ambitious project that seeks to pipe water from the Zambezi River to the country’s second city that faces perennial water shortages.

A tender for the construction of the pipeline was floated in April following a ground breaking ceremony by President Emmerson Mnangagwa.

Construction of the pipeline is scheduled to be completed in 2022.

Finance minister Mthuli Ncube allocated $535 million for the construction of the pipeline in his 2021 budget to bring into life a project seen as a lasting solution to Bulawayo’s perennial water problems.

Upon completion, Gwayi-Shangani will become the country’s third largest inland water body after Tokwe-Mukosi and Lake Mutirikwi with a holding capacity of 650million cubic metres.

Mnangagwa, officiating at the ground breaking ceremony for the construction of the pipeline, in April said the Gwayi-Shangani pipeline will be undertaken by various local companies.

“Following the ground-breaking ceremony officiated by His Excellency President ED Mnangagwa on February 25, 2021 to mark the commencement of phase two of the project, Zinwa, the engineer of the project, is inviting tenders from established and experienced contractors who registered with the Procurement Regulatory Authority of Zimbabwe in line with the Public Procurement and Disposal of Public Assets) Act and Disposal of Public Assets (General) Regulations (Statutory Instrument No. 5 of 2018), for the construction of the Gwayi-Shangani Dam-Bulawayo pipeline,” the ministry of Lands, Agriculture, Fisheries, Water and Rural Resettlement said in a statement in April.

Zimbabwe National Water Authority (Zinwa) spokesperson Marjorie Munyonga however told Sunday Southern Eye in an interview on Thursday that no company has been awarded the tender as yet.

“The tender process is still ongoing. We are yet to complete the process,” said Munyonga.

The project to pipe water from the mighty Zambezi River, 452km away to Bulawayo, was first mooted in 1912, but abandoned by successive governments due to the high costs involved.

There have been successive budget allocations from the Treasury towards the project, with timelines set for its conclusion, but the project remains in its initial stages of implementation.

Analysts have said the Matabeleland Zambezi Water Project can only be guaranteed if the scheme is privatised or if the government releases coal and gas concessions to undertake the project.

There are case examples where private financing of projects has taken off in other African projects.

A natural resources company based in Australia, Volt Resources is developing the Bunyu graphite project in Tanzania, which is expected to be the largest graphite mine in the world that falls along the pipeline to enable identified investors to raise the monies to upon completion with an internal rate of return of up to 87%.