An Opportunity Lost In Zimbabwe

The United States believes that the announced results of the Zimbabwean election do not reflect a credible expression of the will of the people. 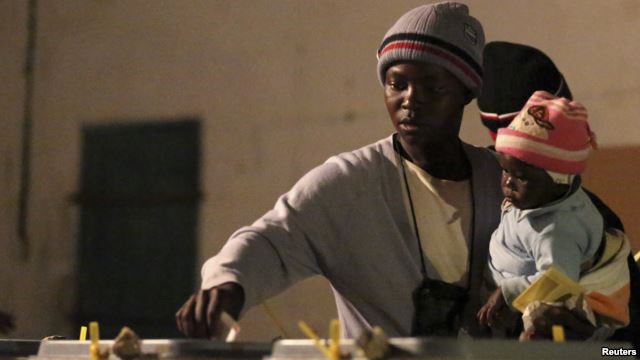 A woman carrying a child casts her vote at a polling station in Domboshava, about 45 km north of Harare. (July 31, 2013) – Reuters

Electoral officials in Zimbabwe have declared President Robert Mugabe and his ZANU-PF Party landslide winners in the July 31 elections, dismissing opposition claims of balloting fraud and other irregularities. The national election commission said Mugabe received 61 percent of the vote, compared to 34 percent for Prime Minister Morgan Tsvangirai. International observers from the African Union and Southern African Development Community, who thus far have not used the words “fair” or “credible” in their statements, added they would look into reports of irregularities.

The United States believes that the results announced do not reflect a credible expression of the will of the Zimbabwean people, based on the scale and scope of flaws in the electoral process.

The election carried broad implications for the troubled Southern African nation. It ends the transitional government that has helped stabilize Zimbabwe following a 2008 vote that was suspended because of violence. Winning more than two-thirds of the seats in Parliament, Mr. Mugabe’s party will now have a supermajority that will enable it to make changes in the country’s new Constitution on which many hopes for democratic reforms have hung.

Though most members of the international community were restricted from observing the vote, the balance of evidence presented to date indicates that the process was deeply flawed. There were irregularities in the provision and composition of the voter rolls. Civil society, independent media, and political parties faced long-standing restrictions and politically-motivated harassment and intimidation.  State media favored one party in both coverage and access. The security sector likewise was biased in the electoral process. And the government failed to implement the political reforms mandated by the new constitution, the Global Political Agreement and Zimbabwe’s neighbors.

We call on all parties to refrain from violence during this period, urging the Southern African Development Community and the African Union to address their concerns with the electoral process as well as those voiced by domestic monitoring groups like the Zimbabwe Election Support Network.

The United States shares the same fundamental interests as the Zimbabwean people: a peaceful, democratic, and prosperous Zimbabwe that reflects the will of its citizens and provides opportunities for them to flourish. For that to happen, the government should heed the voices of its people and implement the mandated democratic reforms.

via An Opportunity Lost In Zimbabwe.