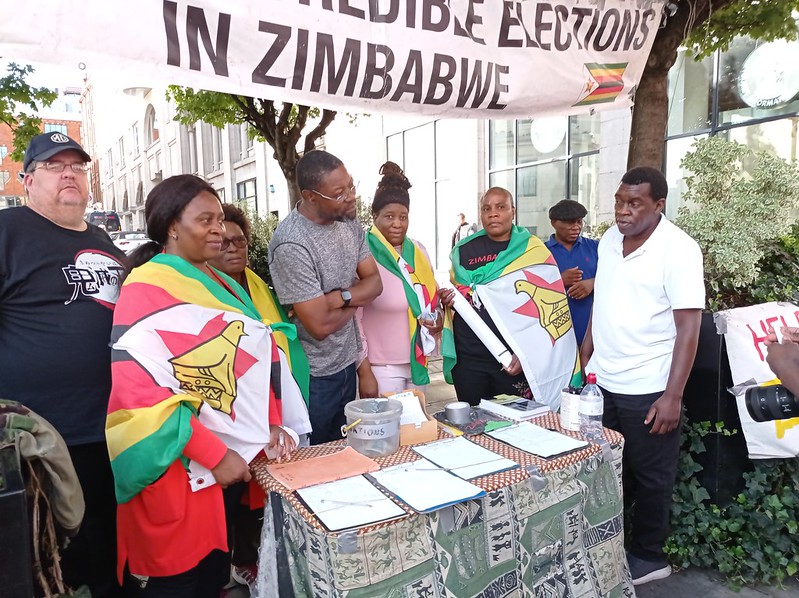 The promises of liberation have not been met and polls show persistent discontent with the Mnangagwa government.

The Secretary-General of the Zimbabwe Diamond and Allied Minerals Workers’ Union, Justice Chinhema, said white capitalists have been replaced by black ones and China has become the new coloniser. In a statement to mark Heroes Day, he said the country’s national heroes had fought for nothing; mining communities throughout the country were struggling while mineral resources were being looted.

‘A mine worker today is faced with a plethora of challenges. These challenges range from the pandemic of COVID-19 which has ravaged the globe, poor working conditions, poor remuneration and general poor welfare in our mines,’ Chinhema said.

‘Today a mine worker is faced with another existential threat of a new coloniser in the form of Chinese miners in the name of investors supported by corrupt indigenous people in our space.’

‘Investment must bring personal improvement, community and national development. However, that is not the case with the Chinese as well as black capitalists who are corrupt to the core. Looters and criminals are enslaving us and today we are worse off. We need each other to overcome the challenges that we face as mine workers. This is a time we must speak with one voice as a sector and backbone of our economy. The middle income country by 2030 will not be successful if workers are not united towards our own liberation from the slave wages that we are earning today,’ read the ZDAMWU statement (see: https://www.newsday.co.zw/2021/08/china-is-our-new-coloniser-zdamwu/).

The president of the pro-democracy movement Transform Zimbabwe, Jacob Ngarivhume, says he will demonstrate on Monday outside the Constitutional Court. ‘I will be starting a series of protests for political and electoral reforms, and against flagrant corruption by Mnangagwa’ he said.

‘We need to let the government know that we have had enough of their rubbish, POLAD, Drax, gold smuggling, election rigging, all of it. Fellow Zimbabweans for how long are we going to suffer? Mnangagwa and his family have amassed great wealth but they are not satisfied, they want to drain this country until there is nothing left.’ (See: https://www.newzimbabwe.com/fresh-anti-gvt-protests-loom/.)

To add to Zimbabwe’s problems, the British newspaper the Guardian says the recent surge in Covid fatalities nationwide in Zimbabwe has ‘overwhelmed undertakers resulting in delayed burials’. The Cape Town based News 24 adds that vaccination sites across Zimbabwe are struggling to meet demand.

According to the latest tracking by Oxford University only about 13% of Zimbabwe’s population have received one vaccine, with less that 7% fully vaccinated (see: https://www.theweek.co.uk/news/world-news/953776/zimbabwe-covid-cases-surge-hospitals-are-full).

We remember reporting a few months ago that the Zimbabwean government had spurned an offer of free Johnson and Johnson vaccines. Perhaps they thought the British Prime Minister owned the company? Instead Zimbabwe has been relying on Chinese vaccines which have been shown to be less effective than Western ones.