A display of incompetence , hopeless confusion and absolute disregard of the plight of the Zimbabwean is what characterized Dambudzo Mnangagwa’s witchly hour press conference. 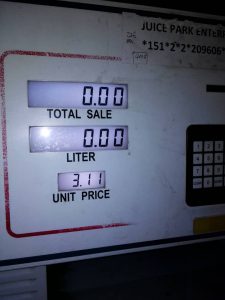 The shock announcement of fuel prices hikes is not only misguided, but hapless. Any citizen who tuned in to the press conference has surely been left even more aware of the cluelessness that has been masquerading as Zimbabwean leadership since November 2017.

That the fuel increase will only trigger a wave of price hikes on each and every other item on the shelves is as obvious as the incapacity of Zanu Pf to govern and lead a prosperous Zimbabwe.

Instead of accepting its gross failure to turn the economy around, the cartel now basks in the pretence of “mega deals” in curious corners of the forgotten world such as Uzbekistan, Khazakistan, and other places you may never have heard of.

The Zimbabwean commuter will, starting Sunday the 13th of January, fill the pinch of this administration’s hopelessness, while Mnangagwa and his scarfed- henchmen will be comfortably flying Swiss jets.

They will continue to go tiger fishing, golf modelling on taxes collected from the 2% hike.

As we strenously pointed out in the run up to the stolen July 2018 election, nothing exists in the Zanu PF manifesto or the minds of the cabal leadership that can pass off as an idea or policy from which hope of a prosperous Zimbabwean economy can spring eternal.

The Mnangagwa administration has clearly failed in most absolute terms and must just resign and let Zimbabwe move forward.

The MDC joins every Zimbabwean bearing the brunt of this abject failure in calling Mr Mnangagwa and his faux government to order.