Hundreds of informal traders who had built shacks and shelters on road verges and the sides of the roads in Harare Metropolitan province had their structures demolished yesterday after they failed to heed a three-day ultimatum to vacate their illegal premises.

Municipal police officers from Harare, Chitungwiza and Ruwa led the demolition while Zimbabwe Republic Police stood by watching closely to deter any violence. 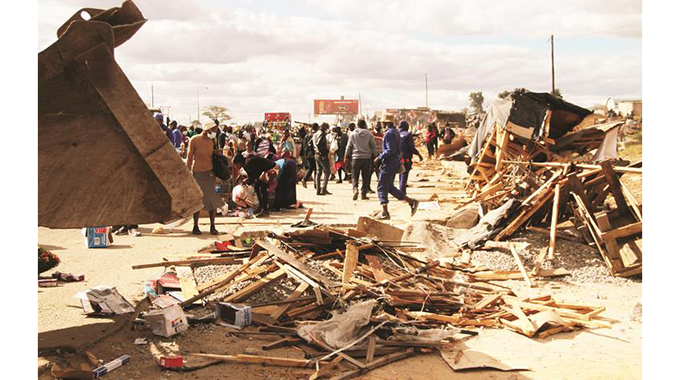 Illegal traders have mushroomed on road sides, selling building materials, furniture, garden supplies and even cars among their goods, causing a danger to road users and preventing work needed in many areas to regulate traffic and widen roads to ease congestion.

The councils, although knowing from the day-to-day activities of their own staff about the growing problem, have done nothing to stop it in recent years. So Government gave a hard nudge.

“We hereby inform all occupants of road servitudes that they have until Sunday June 7, 2021, to vacate and remove all their property and vehicles, and destroy any infrastructure erected on road servitudes,” he said. 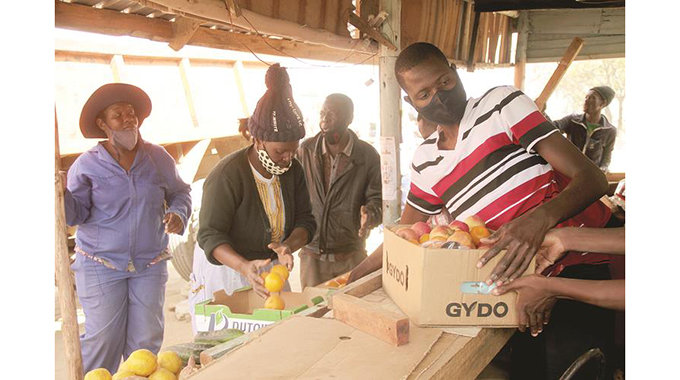 It is occupied by the road, verges and usually some other space and would include things like storm water drains, electricity pylons, filter lanes and roundabouts.

Following the expiry of the three-day ultimatum, authorities in Harare yesterday embarked on the massive demolition where these roadside shack builders lost their illegal structures.

When The Herald arrived at Mbudzi roundabout yesterday afternoon, Harare City Council staff were busy demolishing all illegal structures along Masvingo Road and nearby places with those affected expressing mixed feelings over the exercise, first complaining that there were no areas legally set aside for their businesses and some alleging that they had paid bribes to staff who were not delivering.

Mbuzi is one of the most congested points in Harare and is slated for emergency work that will allow traffic to flow better and so ameliorate the congestion while the long-term solution of a flyover is planned, financed and  built, 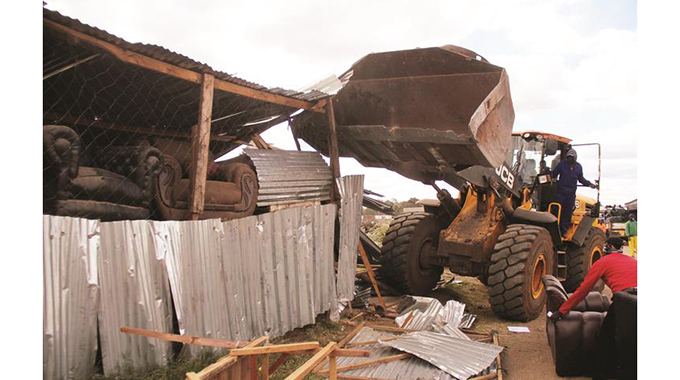 While some had adhered to the ultimatum and removed their wares and illegal structures by yesterday, others who remained defiant had their structures destroyed and wares damaged in the evictions.

A vendor, Tinashe Dandare, who conducts his business at Mbudzi roundabout acknowledged that he was doing illegal business and the authorities were correct in demolishing their premises.

But he pleaded with authorities to avail land for them to do their business legally.

“I am aware that the area at which we are conducting our business is not authorised. We plead with authorities for more space so that we can conduct our business without being inconvenienced.

“We are also asking the council to speedily avail these spaces because this is where we are getting our income. We are fending for our families through vending.”

Another vendor, Mr Brighton Chiminya had no kind words for the council and accused the local authority of being corrupt.

“I am hurt because this is what my family is surviving on. Yes the law has been applied and its fine but I am hurt.

“What pains me the most is that these officers came before the demolition and asked for money. I lost almost US$40 to them. And now my structure has been destroyed.”

The situation was the same in Chitungwiza where council staff started destroying the illegal structures in the morning.

The exercise started in St Mary’s before it spread to all corners of the town.