Book excerpt: Living with the ghosts of Gukurahundi

Source: Book excerpt: Living with the ghosts of Gukurahundi 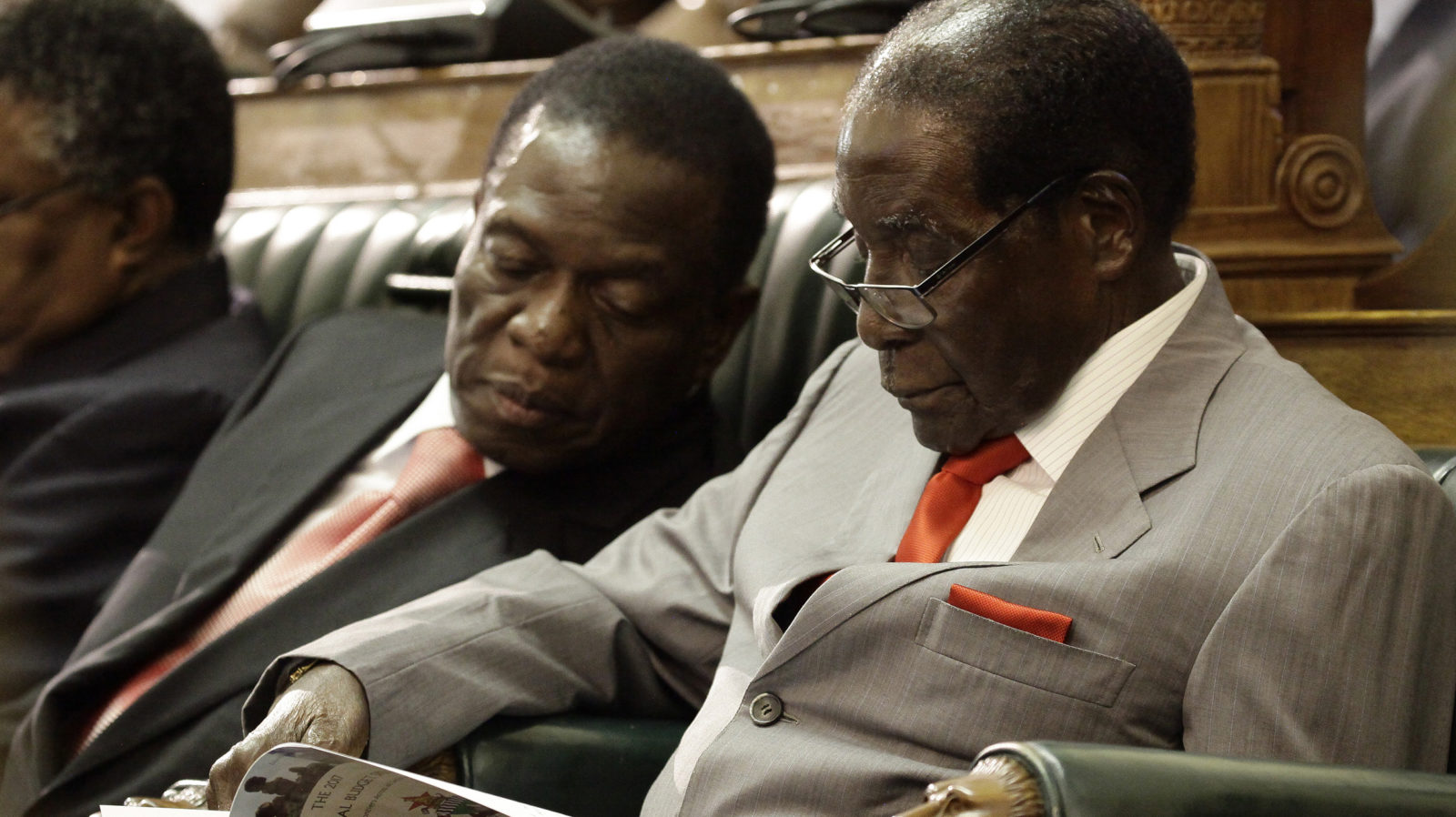 Yesterday, 22 December was National Unity Day in Zimbabwe. Officially the day commemorates the merger of two political parties, Zanu-PF and PF-Zapu on December 22nd 1987 at the end of the ‘conflict’ in Matabeleland. However, many Zimbabweans mark its significance rather differently.  According to Thandekile Moyo “to us victims of Gukurahundi, it is a day to commemorate the official end of the Genocide. The impact of the Genocide, is unfortunately still felt as there has been no justice and Matebeleland is still marginalized.”

Below we publish an extract from her forthcoming novel Ghosts of Gukurahundi, a fictional account of the genocide and its aftermath on the bodies and psyche of many in Zimbabwe.

“He was not in the house when I returned. I panicked. My first thought was that they had taken him during the night. I started to run out of the house towards his mother’s home. But then I spotted him seated on a little stool behind our kitchen hut. When he noticed I had seen him, he turned his chair so he would face away from me, and he continued to sit there, with his back taut.

As I watched him, I could imagine the vein that ran from behind his ear down to his neck, popping out as it always did when he was tense. All I wanted was to fly into his arms and sob violently while he held me tight and told me kuzalunga mama, everything will be ok. But I knew better than to do that. Or to expect that.

The second option that crossed my mind was to throw myself onto the hard ground and roll in the soil wailing bitterly, anything to let out all the pain bubbling inside me, all the anger choking me, as well as the pity, the sympathy, the empathy I felt for my husband (and for myself), that dizzied me and caused my throat to dry up every time I looked at him. But I knew better than to do that either.

Instead, I went back into our bedroom and took my pail. I made a fire and heated some water. I poured the almost boiling water into the pail and scalded every part of my soiled body with. I scrubbed and scrubbed and scrubbed but I still could not get it off me. I scrubbed until my hands hurt. Until my skin burned. But I couldn’t erase it. Not the smell, not the memory, I could not erase either. I thought maybe if I had soap I could have done a better job but who had soap those days? The soldiers had forced all the businesses to close.

After the failed decontamination attempt, I went and picked wild idelele from the field. The wild Okra was the only relish we had. I cooked isitshwala and the idelele for him. For the fifth time in a row. I took the food to him, knowing fully well that he would not eat it. Knowing fully well he was not even going to look up. But I did it anyway. I knelt before him and placed the food in front of him. I wanted so badly to talk to him. To hear him talk to me. He did not. For him to look at me. To see me. To acknowledge me. He did not.

My heart stopped as it so frequently did during those days. I flew towards them and shook them by the shoulders asking them kuyini? Kwenzenjani? What is it? What happened? And they just screamed ugogo! Ugogo! Whilst crying uncontrollably.

I flew towards my mother in law’s homestead. I heard him running besides me. Felt him running next to me. Oh. We ran in silence side by side, first time we had done anything together since they descended upon us. I still feel guilty for enjoying that moment, for savouring the solidarity we were forced into as we silently ran towards the house of horror.

The first thing that hit me was the strong stench of roasting meat. Burning meat rather. Then I saw the smoke. Just as I was trying to figure out what was going on I raised my eyes, saw her hanging from the tree with her eyes wide open, almost popping out, and I fainted.

I am so sad I did not die, that I only just fainted. Sad that a few minutes later I regained consciousness and had to again see my wonderful mother in law’s body dangling from the tree. My mother in law, who carried herself with a gentleness and quiet confidence. My mother in law who believed in fairness and gender equality, who refused to allow any of her sons to mistreat us, their wives. My mother in law who had nursed both my body and broken heart when my son died at birth.

Several people had gathered around and they swiftly and quietly cut her off the tree. I noticed another group trying to break down the door to the hut I had seen burning earlier. The source of the smoke and the roasted, burning meat scent. Only then did the full reality of the situation hit me. I wanted to faint again, but I did not.

I watched as they tried to put out the flames. As they finally broke down the door. As they pulled out my eldest brother in law, who was badly burnt but seemed to be still alive. He did not make it. Inside the hut were the charred remains of his pregnant wife, and two other bodies, of my other brother in law and his wife.

We were all now operating on auto pilot. We went to the field, dug five holes next to my father in law’s grave and quickly buried them. We had to make sure we did so before the curfew. We were not allowed to mourn, to cry or to gather. The rule was you bury the dead quietly and as quickly as possible and go about your day. Why would you mourn the death of a dissident if you did not support their criminality?” DM/MC