Source: Boost for women with infertility issues | The Herald

Tendai Rupapa Senior Reporter
Infertility in both women and men has resulted in many negative social issues that can cause significant stress and unhappiness in couples.

In Zimbabwe, many women failing to bow to societal pressures, end up suffering from depression as blame is usually put on them. Infertility is largely attributed to women, while turning a blind eye on the fact that men, too, can be infertile.

Hundreds of women with fertility challenges across Zimbabwe have come together and formed a group called Hannah’s Tears.

They said they considered that, without children, their lives were hopeless.

But all hope is not lost, as First Lady Auxillia Mnangagwa, through her Angel of Hope Foundation, joined hands with an international philanthropic organisation, Merck Foundation, in fighting stigma and empowering them economically.

This was after the women knocked at the First Lady’s door, and touched by their plight, the Angel of Hope Foundation patron and Merck Foundation, are working on a number of initiatives to give them hope.

Amai Mnangagwa is the Merck “More than a Mother” ambassador in Zimbabwe and the country’s health ambassador.

The “Merck More than a Mother” initiative aims to empower infertile women through access to information, education, empowerment projects, health and by changing mindsets.

It was an emotional moment yesterday when the women took turns to narrate their ordeals to the First Lady during a social gathering she convened in Harare.

They narrated the challenges they were facing in their homes and communities.

Mrs Elah Kache said at one point she thought death was the only solution to her griefs.

“When you are barren, society considers you useless,” she said. “At one time due to pressure from my husband, in-laws and society, I thought of ending my life and bought rat poison. This was after my husband had sent me packing and I had nowhere to go, neither did I have bus fare.

“Murume wangu akandishungurudza mumba zvakanyanya and would tell me every day that I was useless. The day I wanted to commit suicide is the day I heard about Hannah’s Tears on the radio and how they were working with the First Lady giving hope to the hopeless.

“That strengthened me and I abandoned the thought of ending my life. Through the meetings we always hold with Amai, our eyes are now open and she has been giving us a shoulder to cry on. She is a listening mother.”

Mrs Jennifer Sixpense said she had been married for seven years and was yet to conceive. She praised her husband for being supportive.

“When we failed to have a baby after our marriage, society turned to me calling me different names, blaming me,” said Mrs Sixpense.

“During that time, my husband said he would stand by me through thick and thin. We later visited health experts and I was told that all was well with me, but my husband was said to have low sperm count. We have come to accept that God’s time is the best. We are still together and happily married.”

The running partnership between the Angel of Hope Foundation and Merck Foundation brought smiles to the women’s faces yesterday as they were given broilers to start a poultry project, stock feed and vaccines.

More projects are on the way.

Amai Mnangagwa also gave the women foodstuffs and toiletries. Addressing the gathering, the First Lady said there had been a prevailing stigma against childlessness in society and it was time that more light was shed on the issue.

She said infertility was a condition, not a curse.

“Since my meeting at Merck Foundation First Lady’s initiative in March 2019, I was appointed ambassador of Merck more than a mother, in order to empower infertile women through access to information, education, change of mind-set and economic empowerment,” said the First Lady.

“It defines interventions to break the stigma around infertile women and raises awareness about infertility prevention and management. In partnership with academia, ministries of health and international fertility societies, the initiative also provides medical education and training for health care providers and embryologists to build and advance fertility care capacity in Africa and developing countries.”

The First Lady said with Merck more than a mother, they initiated a cultural transformation to de-stigmatise infertility at all levels by providing awareness, training, the skills of local experts and building advocacy in corporation, adding that there was need for a paradigm shift in relation to infertility.

Amai Mnangagwa said there was need to explore other horizons which traditions had shunned due to lack of awareness — avenues such as adoption and foster care.

The First Lady, together with Merck Foundation, is working flat-out to improve the country’s health sector by unlocking specialised training opportunities for 117 local doctors in oncology and fertility issues, among many other disciplines of need. 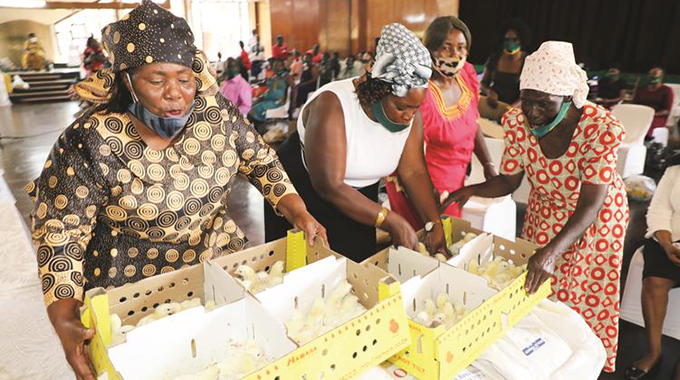 “Angel of Hope Foundation in partnership with Merck Foundation selected 11 doctors who are undergoing infertility specialist and embryology training, so as other diseases too, making it 117 doctors in different health disciplines to be the first fertility care team in our country and this will be the best support for infertile women and couples in our nation,” she said.

“We have also enrolled five doctors to receive Merk Foundation oncology fellowship and Master’s degree programmes in India and Egypt in different specialties in oncology.

“Moreover, we have also selected five doctors to be provided with one-year online diabetes diploma as part of Merck Foundation’s diabetes blue point programme. We need to unite in the fight against infertility related stigma.”

Sensia Maponga, founder of Hannah’s Tears, applauded the First Lady for standing with them and giving them a shoulder to lean on.

“Mama muri musoro wechitima, you are leading us the way. We were not recognised as were shunned in societies we live, but Amai, you recognised us and since then you have been walking with us.”

“We want to thank Amai for this novel initiative that focuses on educating people about that ‘not to be discussed taboo’ subject of infertile women,” she said. “This interface will motivate us through the life stories of other women and enrich us with information from experts and get proper advice.

“There is so much stigma attached to being infertile in our society, making the issue important to address.”

Dr Munyaradzi Murwira from the Zimbabwe National Family Planning Council imparted knowledge to the couples on factors that may cause infertility and how to overcome some of them.

Women’s Bank chief executive, Dr Mandas Marikanda, took the audience through financial literacy and said her bank was willing to assist them.