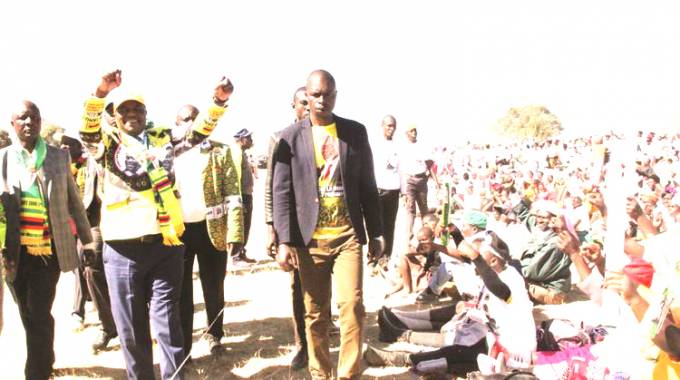 Acting President Constantino Chiwenga is welcomed by Zanu-PF supporters at a rally in Murehwa yesterday. — Picture by Memory Mangombe

Innocent Ruwende and   Victor Maphosa in Murehwa
Candidates vying for political office in harmonised elections set for Monday must accept the outcome of the polls as every race has a winner, Acting President Constantino Chiwenga has said.

Addressing thousands of Zanu-PF supporters at Murehwa Council grounds yesterday, Acting President Chiwenga said Zimbabweans should not fight each other, but must remain peaceful during and after elections. 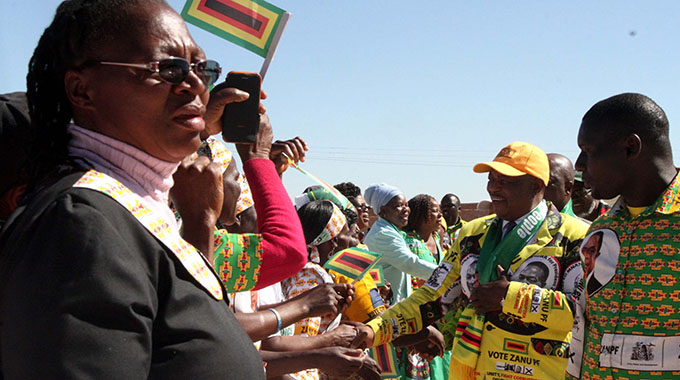 Acting President Chiwenga being welcomed by Zanu-PF supporters on his arrival during a rally in Murehwa yesterday.-(Picture by Memory Mangombe)

“There are those who are instilling fear and inciting violence as we head for elections, you must shun them. Do not join them. However, let me commend you for being a peaceful district, I heard that you are conducting yourselves well,” he said.

“We do not have time to fight each other. If you run a race there is bound to be one winner. If you are defeated in elections accept your fate. Elections should be free, fair and free of violence. Everyone should go out and vote so that we can be able to build the Zimbabwe we want.”

Acting President Chiwenga urged party supporters to be united as the nation nears the harmonised elections. 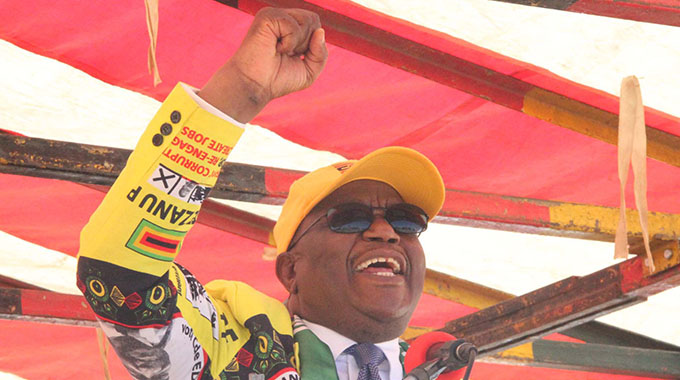 He said there is no place for violence in Zimbabwe and perpetrators would be punished.

The Acting President urged communities to report those involved in corrupt activities saying the scourge was killing the economy.

“We do not want corruption. If you see someone committing corruption report them. Do not keep it a secret. Everything should be done aboveboard. If we do that we will build a great nation. I was informed that some areas were affected by drought, do not be scared, Government has enough stocks to feed all of you. The GMB will release maize to be allocated to affected families,” he said.

“Inputs under the Presidential Input Scheme will be distributed early and by November everyone should be having their seed. The ministry will till land for those whose cattle were destroyed by diseases like foot and mouth disease. 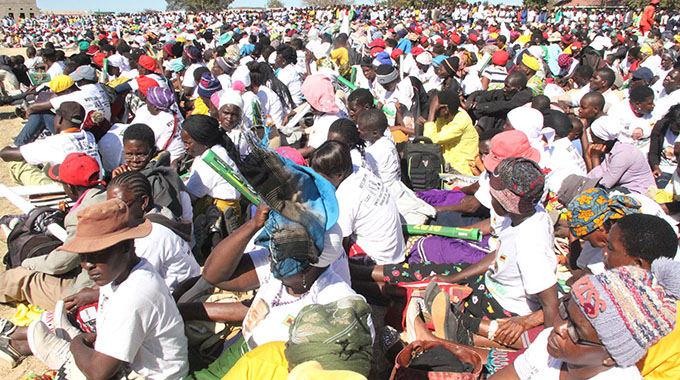 “We will also be rolling out the Command Livestock programme. We will give five to 10 cows depending on the pastures.”

“Zimbabwe is endowed with good soils and other natural resources. We also have the highest literacy rate in Africa.

“What we want now is to open industries for our children to find jobs.

“We are opening factories, industries and mines to ensure that we end the scourge of unemployment which is causing unnecessary friction in families.”

Acting President Chiwenga said Government was going to rehabilitate all clinics and hospitals and ensure that they are fully stocked with drugs.

They will also be electrified.

“The last 28 years have been difficult. Diseases also wreaked havoc. We are saying the future belongs to our children hence no child will be chased away from school because of failure to pay school fees,” he said.