Chamisa lashes out at Mnangagwa’s government

Chamisa turned down an invitation to testify before the Kgalema Mothlante Commission about the August 1 army killings of six people. 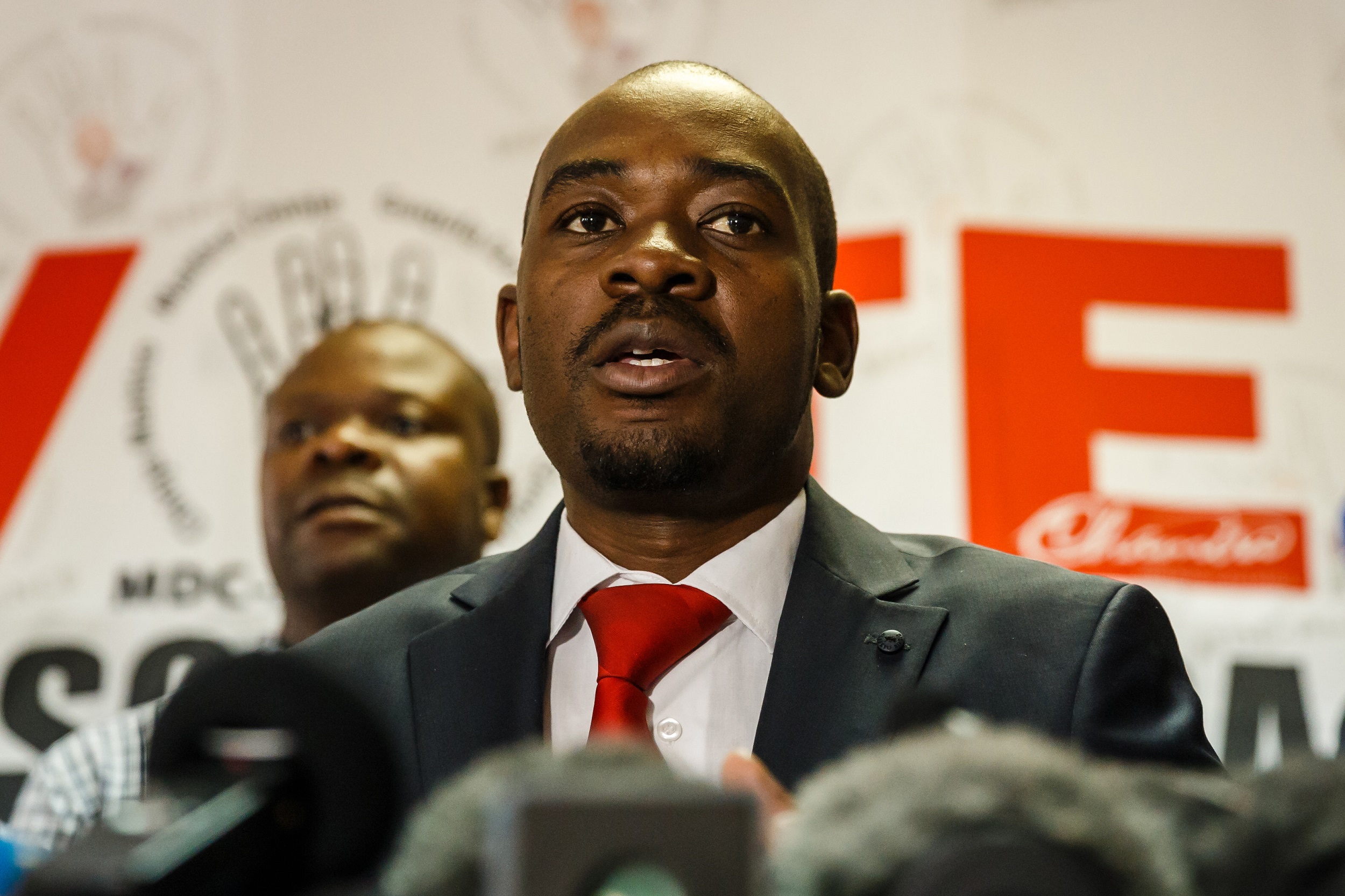 File: The leader of Zimbabwe’s opposition MDC, Nelson Chamisa, says by threatening him with arrest President Mnangagwa’s government is trying to destroy the party and cause chaos in the country.

JOHANNESBURG – The leader of Zimbabwe’s opposition MDC, Nelson Chamisa, says by threatening him with arrest President Mnangagwa’s government is trying to destroy the party and cause chaos in the country.

Chamisa turned down an invitation to testify before the Kgalema Mothlante Commission about the 1 August army killings of six people.

But addressing journalists in Harare, Chamisa said his arrest won’t remove the Zimbabwe peoples’ will for change.

“I would like to say crime does not rot like meat, the records are there to tell, and anytime he can be arrested,” said Matanga.

Meanwhile, Chamisa said: “Tell you what, you can arrest Chamisa that’s not arresting the problem. This nation is deeply divided. There was no need for a commission of inquiry if there was no crisis in this country. It tells you there’s a crisis. We have deep-seated divisions in this country which cannot been resolved by this kind of tomfoolery tactics.”

Chamisa said Mnangagwa’s script is to make sure there are no forces to challenge him which is why the security forces have labelled the MDC as an enemy of the state and a terrorist organisation.

The MDC leader is mobilising nationwide protests over the worsening economic crisis in Zimbabwe.

In the past few months the country has been hit by a serious economic meltdown which left it grappling with shortages of basic commodities, foreign currency, medicine and fuel.