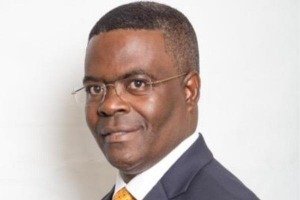 ENERGY and Power Development minister Fortune Chasi (pictured) yesterday said he will be tough on the petroleum and electricity sectors and will target State-owned companies failing to meet expected performances.

“I am going to focus very tightly on implementation of projects,” Chasi told journalists after his swearing-in as a full Cabinet minister at State House yesterday.

“I believe there are many (projects) that have been in the pipeline which have not been implemented over a long period of time. It’s not going to be business as usual, I expect the parastatals to play ball.
I have already spoken to them about this and I will make sure that the projects are implemented,” he said.

Chasi was appointed minister after Joram Gumbo, whose term was marred by chaotic petroleum supplies and power cuts, was moved to a Minister of State in the President’s Office.

He said he will also pile pressure on the Zimbabwe Energy Regulating Authority (Zera) to diligently perform its duties. He said there must be discipline within the petroleum sector because many service stations being fingered in corruption have worsened the situation.

“This issue requires that everyone works together. I would like to also speak to them about misconduct in service stations, some of them going beyond the conditions regarding how much they can sell to a single customer. There are instances where some are selling up to 10 000 litres to one person when there will be a very long queue and everybody else doesn’t get fuel,” said Chasi.

He said Zera should take charge of the industry as the regulator.

Chasi said he intended to empower Zera’s monitoring function and to ensure there is no favouritism in the purchase of fuel.

“This mandate of managing the petroleum industry is by law in the hands of Zera and from my assessment they haven’t really executed their mandate effectively,” he said.

“I am going to meet management and the board so that we make it very clear that we expect that side of the things to be dealt with effectively, but of course we need to deal with the supply side of things and we will be able to communicate what it is that government is doing to ensure that there is sufficient fuel. It’s depressing to have people spending most of their time in queues and we will work very hard to extinguish those queues.”

Chasi, however, said he was not in a position to comment on Gumbo’s assertion that the government had secured supplies for the next two years.

He said he was going to engage the sector players to ensure there is more certainty in the fuel sector.