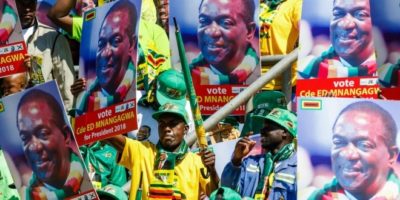 In recent weeks, Sibanda was engaged in a land dispute with villagers under Chief Magama following claims that he had been allocated about 30 hectares of land under controversial circumstances in 2018.

The land dispute has spilled into the courts as villagers tried to evict Sibanda from their communal lands under Chief Magama without success.

Over 120 villagers were also arrested in 2018 for public violence and malicious damage to property belonging to Sibanda as they sought his violent removal.

In the latest incident, Sibanda faces charges of seizing over 40 hectares of land in the Natha area, ward 16 under Chief Gampu, raising the ire of villagers and traditional leaders in the district.

It is understood traditional leaders summoned Sibanda on Wednesday over the issue, but the businessman was in no show.

“We want to understand the motive behind these land grabs; and also to find out who is sponsoring him,” Gampu said.

“We were supposed to meet him, but the meeting did not take place.

“We are supposed to have another meeting on Monday with him and other traditional leaders about the land issues.

“Who pegged that land without consulting us?

“We were never consulted, and even if we were consulted, there is no way we could have given him that much communal land that belongs to the people.”

Gampu also confirmed that the chiefs have sought audience with the Presidents’ office over the land dispute.

When contacted for comment by Sunday Southern Eye, Sibanda claimed his political opponents want to tarnish his reputation.

“It’s politics,” he said. “They want to soil my political image.”

on September 24, some aspiring Zanu PF Tsholotsho DCC candidates wrote to the provincial elections directorate seeking the disqualification of Sibanda protesting that he had already started campaigning before the national commissariat had announced when candidates should start canvassing for votes.

“I have been informed, but not officially from Chief Gampu,” he said.

“I am still waiting for the official report.

“However, it’s an issue of great concern to the council.

“We will make a follow-up and take it from there.”

The land in question under Chief Magama that Sibanda got under controversial circumstances in 2018 cost former Tsholotsho CEO Themba Moyo his job.

Moyo resigned in February 2019 while he was on suspension over 33 counts of misconduct and misappropriation of funds.