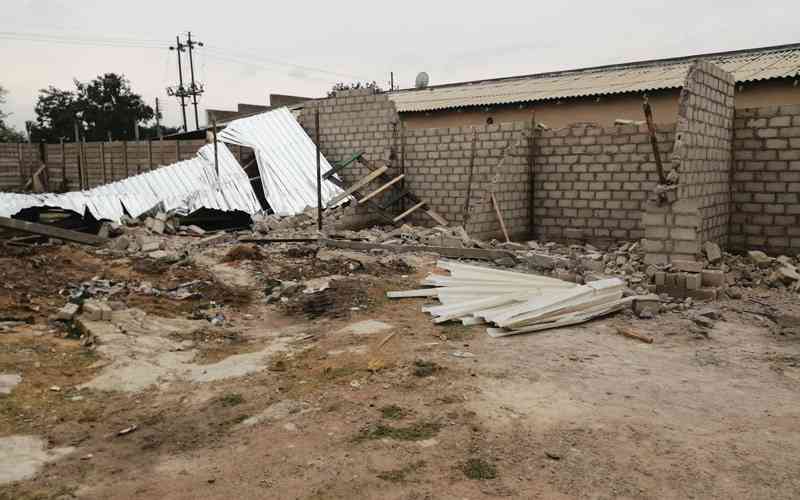 The structures housed grocery tuck-shops, hair salons, and hardware shops, among others.

George Madongwe, a former council employee who leases Chidochevanhu beerhall, said the demolitions were illegal especially after having reached an agreement with the local authority to build structures to enhance revenue collection.

“Council’s actions were not justified and are a gross violation of human rights. No reasons were given for demolitions as there was no official communication from the council. Valuables worth US$50 000 have been lost,” Madongwe said.

“Why give former council workers false hope? These people were paying rates to the council. They just woke up without notice to find their properties destroyed,” Kuveya said.

However, acting town clerk Evangelista Machona told NewsDay that the structures were illegal.

“Those were illegal structures because council leases do not allow adjustment of infrastructure without the council’s approval. But this is what was done,” Machona said.

Madongwe argued that the structures were erected after notifying the local authority.

“I constructed the structures after notifying the council. I wanted to raise money to pay their exorbitant bills that I couldn’t pay from selling beer alone. At the same time, I wanted to increase their revenue base as they would collect licence revenues from the shops,” Madongwe said.

“I have enough evidence to debunk the council narrative that I did anything illegal. I have requests for bill adjustments, payment plans, payments made and proposals for change of use. I am a former council employee with special circumstances compared to ordinary leaseholders.”

Zimbabwe National Organisation of Associations and Residents Trusts Chitungwiza chairperson Obert Matsika said council should have acted in 2019 when the structures were built.

“Council left all this happening instead of stopping the developments from the start since the structures have been there since 2019,” he said.

Other demolitions were conducted at Chigovanyika Shopping Centre in St Mary’s.