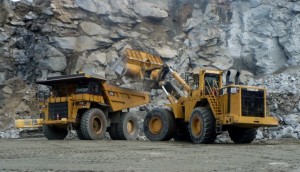 Chrome mining has created over 1 200 jobs in the country.

MMCZ did not say what drove volumes up, but there have been significant ramp ups in chrome mines since government lifted a ban on chrome ore exports made in 2011.
The chrome ore ban was lifted about two years ago.

Two weeks ago, one of the country’s growing resource outfits, African Chrome Fields (ACF), said it had invested over $200 million at its Midlands operations in the past three years.

ACF national director, Ashruf Kaka, told delegates at a recent mining investment conference that the firm had created 1 200 jobs in the country.

A further 5 500 people had indirectly benefited from the project, he said.
The resources firm, which invested in Zimbabwe three years ago, said it entered the country during the most difficult time for investors, when the rule of law was undermined by policies of the previous government.