CiZC Statement on the Commission of Inquiry 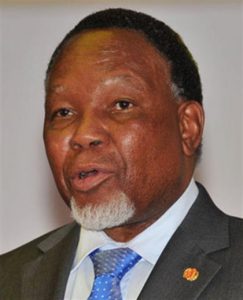 Source: CiZC Statement on the Commission of Inquiry- The Zimbabwean

Crisis in Zimbabwe Coalition has noted the appointment of a Commission of Inquiry which has been tasked to investigate the shooting of civilians in the capital on August 1, 2018 by the military. The shootings followed demonstrations which rocked the capital as citizens protested against delays in the announcement of election results.

As CiZC, we have serious reservations concerning the composition of the Commission of Inquiry.

We are left to suspect that nothing much will come out of the inquiry given the fact that the incumbent’s loyalists the greater part of the commission. It seems the commission is aimed at pacifying the international community on the state recklessness that led to innocent souls being lost. It is calculated to absolve the state of wrong doings through this compromised commission and a carefully structured methodology and terms of reference which starts from the point of innocence yet, in real fact the perpetrators are known as captured in the video clips on the internet.

We remain worried why the president is keen on creating parallel structures when the Constitution established Constitutional Bodies is Chapter 12 (Independent Commissions Supporting Democracy). We are of the strong conviction that the state must strengthen the Zimbabwe Human Rights Commission (ZHRC) to undertake work of this nature as provided by Section 243 (1) of the Constitution. We implore the President to channel such resources towards the strengthening of the Zimbabwe Human Rights Commission as a constitutional body mandated to carry out such investigations.

CiZC maintains that just like in the past years, the blame for the murder of civilians on August 1 lies squarely with the government of Zimbabwe. Because of party-state conflation, ZANU PF has shown beyond any reasonable doubt that they are prepared to use state resources to cling to power and block public access to critical information on public/national investigations.

It also has to be noted that Zimbabwe has a history of organized killings of innocent civilians at the hands of the government, despite the fact that inquiries were launched, have been swept under the carpet. In some cases, there hasn’t been any attempt to investigate the issues while in other cases, government has completely expressed ignorance or chosen to keep quite on the murder and torture of civilians.

Some of the cases that have never been openly investigated include the Gukurahundi massacres which resulted on the death of more than 20 000 civilians as well as the murder of nearly 300 opposition activists in the June 2008 run-off election. It has to be noted also that since the formation of the country’s biggest opposition in 1999, the country has continued to witness torture and murder of opposition activists and these issues have largely been ignored by Zanu PF as violence and murder reign supreme among their tactics to retain power. If anything, Zanu PF, despite its claims of a peaceful and tolerant party, has not and can never be expected to dismantle its violence machinery.

It is justifiable to conclude that the August 1 shootings were pre-meditated especially taking into consideration sentiments from senior Zanu PF officials that Mnangagwa will shoot for power and also that the army stands ready to block opposition rule in the country .

Given the above, it is reasonable again to conclude that the motive behind the shootings is well-known.

We maintain that it is the prerogative of the Zimbabwe Human Rights Commission to come up with information concerning who ordered the military into the streets and after that we expect corrective action to be taken against the culprits. Our expectations are that the nature of our politics should not impinge on the capacity of the ZHRC to deliver its constitutional mandate and that no person or state body should undermine the role of the ZHRC.