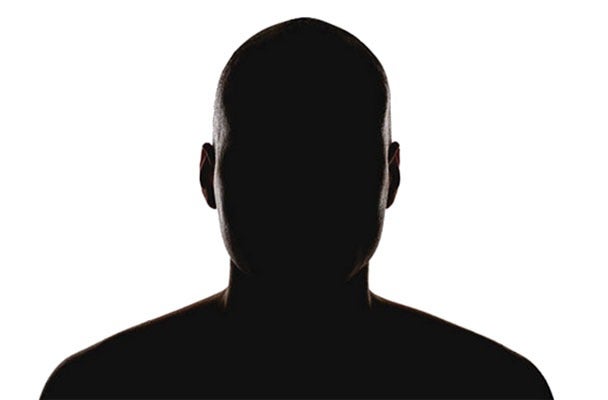 LAST week, the Government of Zimbabwe announced that its Command Agriculture programme shall look to be financed by the banking sector. The country’s planting season is already upon us. Field preparations should already be underway. A caring administration would move to sensitise society to the mindsets that this policy change should provoke.

Without nurturing new psychological models, Command Agriculture is destined to fail and collapse the entire economy with it. At greater stake is the native identity of land ownership that has held together a sparsely polarised nation.

Do farmers know who owns the banks?

Pivoting from a State-financed programme to one that offers public guarantees on private capital requires clear recognition of who is truly invested in bank equity shareholding. It would be misguided for the programme to steam roll ahead without a genuine shift in the social contract that farmers are mentally beholden to. Command Agriculture has long been infused into a socialist culture on the familiarity between natives resettled on land and their government.

From its inception, Command Agriculture has had a minimal commercial weight between these counterparties. It is essentially a welfare programme that ensures sustenance through food security. To the majority of farmers, it is backed by what have customarily been perceived as abstract State resources that have never once reverted to account for commercial dividends from citizens. Accordingly, harvested yields and loan payback carry an interpretation of intrinsic fulfilment than contractual obligation.

This is the psychology that has informed the programme for three years. It further rides atop a two decade emotive connotation of land reform; the indigenous birth right of ownership to soil, unquestioned to what one produces on it. This is not a background that warrants haphazard policy restructuring.

As a policymaker, Finance minister Mthuli Ncube must be sensitive to the comparability between farmers’ present fulfilment in this socio-economic model, to one that he is proposing anew. Without this sensitivity, Ncube would be reckless in disregarding the ownership of private bank capital.

Bank ownership is scarce private finance that is fundamentally invested to earn returns on equity or debt. Its commitment to investment in a respective banking entity is guided by a pursuit to extract greatest returns with minimal risk. If the government is to hope for significant financing from banks, Command Agriculture must arrange a palatable social contract that is convincing of farmers’ comprehension of bank financier expectations.

Banks: Something happened on the way to redemption

Zimbabwe’s banking sector has been working on redeeming itself to financiers after a deplorable first half decade of dollarisation. Since 2009, moral hazard resulted in non-performing loans reaching 23% by 2014. Moral hazard in lending is when an entity takes irresponsible risks knowing that it is protected and somebody else will bear the cost.

Poor corporate governance and malpractice in the industry eventually agitated the abrupt need for the Banking Act of 2015. Regrettably, conduct reform had already been preceded by vices that accumulated a US$1,2 billion Debt Assumption Bill in 2015, passed onto taxpayers. This is a figure that was almost a tenth of the size of the national economy, and double the foreign investment flows into the country.

The only comparable decadence in financial sector conduct in the region had taken place in Kenya. In 2003, non-performing loans sky-rocketed to 35%, due to insider loans and rampant conflict of interest. However, Kenya’s banking industry shows that atonement is possible. Non-performing loans decreased to 5% by 2011. Corporate governance and management recaptured reputable standing. Today, Kenya’s banking sector is one of its regional comparative advantages and an investor favourite. Private capital derives real competitive yields over there.

Investors may be open-minded to banks reconfiguring their conduct to be more commercially responsible and accountable. But the Government of Zimbabwe may not secure such consideration. The increased participation by government in the financial sector may hinder banks’ efforts to redemption.

Granted, free markets and financialisation may have taken a moral beating in global discourse, but they still rank far higher than poor governance. In such instances, global investors advocate for Austrian economist Ludwig von Mises’ conventions of limited government involvement in financial sectors, so as to cleanse excesses out of the system. And indeed, government excesses have overweighed Zimbabwe’s monetary system.

Inflation has been triggered by government deficits financed by the Reserve Bank of Zimbabwe. These deficits financed by growth in base money, which is money that the central bank trades with banks (often confused for raiding), have a near perfect correlation to movements in the parallel exchange rates for scarce US dollars since 2014.

This also coincides with the first signs that banks had insufficient reserves to execute client settlements, particularly in foreign electronic payments. Various stakeholders have since been inconvenienced, especially foreign investors waiting to recoup dividends, and international correspondent banks that hold accounts for Zimbabwe’s local banks to execute global transactions. With these events, perhaps the redemption of Zimbabwe’s banking sector must be allowed to be built on open market competition without the slack brought on by government excesses.

Nationalists may find some annoyance in the implied hierarchy of foreign investors here. Practically, this is due to Zimbabweans having insufficient savings to vitalise their own monetary system. Since 2003, the country has only posted a single net positive savings balance, in 2017. All the while the economy has retained no local value, rather living beyond its means, and as such the average citizen is indebted to foreign claims. This outlook should determine that soliciting capital harnessed in the financial sector is disproportionately engaging global investors.

Planting between a rock and a hard place

The dynamics are constraining. If Government does pull back and motivate bank executives to take the lead as conduit to private financiers, there is no certainty of pulling enough funds on time. The risk proposition under the current sectoral outlook is too high.

Lending is not profitable for banks in this economy, let alone to agriculture. Interest income, which is the money made from the lending business of banks, is contributing lower earnings compared to other activities. In the last financial year, CBZ, generated $70 million from commissions and fees, which was 180% more than the $20 million it made from lending. ZB bank made $39 million from commissions, 116% more than it earned from lending of $18 million. — newZWire

ZB’s novice life assurance business made $12 million more than its lending activities. Of the listed entities, CBZ and ZB hold the highest proportion of agricultural loans relative to their total portfolios.

The scarcity of long term capital is not helping. The loan to deposit ratio for the banking sector in 2018 fell from 44% to 40%, due to the short term nature of transitory deposits at banks. The sums needed by Command Agriculture will compromise already questionable asset quality.

Out of the 51 900 farmers contracted under Command Agriculture to grow maize on 269 000 hectares last year, arguably less than 10% of them are able to put up mortgage bonds as collateral to the loan amounts needed to farm that land. Substituting mortgage bonds with government securities will ruin bank balance sheets!

NMB, a bank respected for its ability to attract global capital, has already missed due payments this year to Development Finance Institutions and private financiers who had issued them with US dollar loans for operations. These loans were taken by the Reserve Bank of Zimbabwe, as legacy debts, infuriating foreign creditors by directing what was a private counterparty transaction to an institutional third party without clear governmental independence. Incidentally, this is also at a time when the bank is due for appraisal by international credit ratings agencies in October.

It just doesn’t seem the right time for banks to take on Command Agriculture, especially as a model on government guarantees.

Are the constraints merely technical?

Today, the challenges that confront Command Agriculture as a policy appear to be technical, but fundamentally, a nurturing community would identify the constraints to implementation as being cultural. Mthuli’s proposed policy pivot may not be able to provide assurances that it does not prejudice the fulfilment of varying ownership.

It is only this conditionality that would have made global financiers willing participants within tolerable cultural latitude. Appropriate intervention in this instance, must be cultural.

Hungry for a resolution

Command Agriculture is policy that underlies both the country’s existential need to feed itself and the native identity to own land. Yet, here we find ourselves. The country has no maize stocks to sustain itself for more than 10 months. It does not have the money to import stocks. An estimated 5,7 million Zimbabweans are food insecure. We may have nurtured unbefitting mental models, over-extending our cultural latitude for a fulfilment that was impractical.