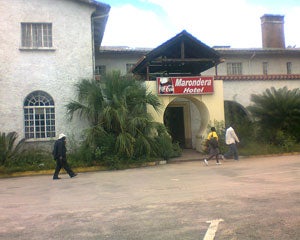 MARONDERA Town Council has suspended plans to hike service and licence fees by 800% following an outcry from business operators who said the fees were too high.

Scores of businesspeople besieged council chambers to lodge their complaints with councillors over the proposed licence fees.

Murowa said they were also shocked to learn of the new figures and would engage the finance department to find out what went wrong in the calculations.

“I am equally shocked by the inflated licence fees distributed to business owners in this town. Surely, something went wrong. This is why we have called this meeting so that we agree on the way forward. I have been receiving calls from different businesspeople and I understand their anger. At my workplace, we used to pay $1 300, but we received a notice ordering us to pay close to $45 000. That is very wrong,” the mayor said.

According to the new fee structure, barber shop operators, who used to pay $300 licence fees, would now be expected to fork out $16 000, while vehicle spare parts shop owners would pay at least $43 000.

Business came to a standstill at council chambers as residents and businesspeople demanded to know the method employed to calculate this year’s licence fees.

Council’s finance committee chairperson Mubaiwa Dzvuke said the latest figures to shop owners did not tally with what was approved by government last month.

“This is not what we approved. The finance department erred somewhere in their calculations. The figures cannot even match those pegged by government. We had our budget approved (on) December 22 and the announced licence fees are astronomical. I asked the finance team here and realised that they are using a new model. However, we need to get to the bottom of this,” he said.

Dzvuke told the businesspeople not to pay the proposed licence fees until the problem was rectified.

During the meeting, council management officials were not in attendance, with some reportedly still on holiday, while others had left the premises following the invasion by angry ratepayers.