Herald Reporter
The third wave of enhanced Covid-19 infection has almost fully receded with the average rate of daily infections now 6,4 percent of the mid July peak, although still more than three times the rate seen between waves.

According to the latest figures from the Ministry of Health and Child Care the rolling average of daily infections fell to 151 by the end of last week on Saturday, a small fraction of the 2 355 seen in the middle of July.

Daily death rates, after little movement for around 10 days, finally started falling again in the last few days of last week reaching a rolling average of 11 by Saturday. 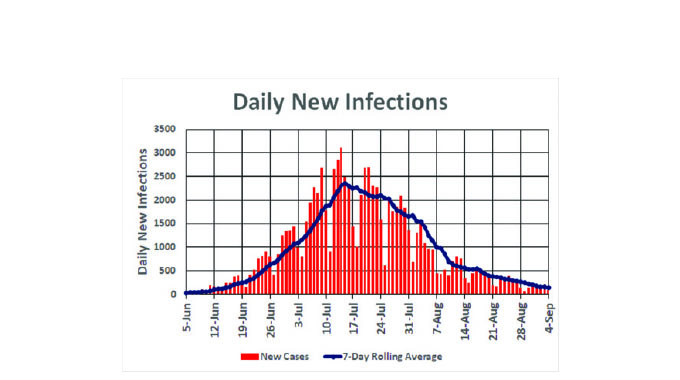 Rolling averages give the trends. The daily figures move up and down, with for example a major slump in the number of confirmed new cases on Sundays followed by a spike most Tuesdays as test results trickle in. The averages smooth out all these troughs and spikes to show what is happening.

The receding of the third wave has allowed the Government to reopen all school classes, although schools have to enforce strict health standards and preventative measures, and along with the rising vaccination rates has allowed the Government to start moving towards normality in non-essential activities, at least for the fully-vaccinated who can now attend church, eat in restaurants, and go to gyms and health clubs.

Vaccinations are still achieving high weekly rates, with 289 892 doses given last week. However, that was almost 20 percent down on the previous week and only 56 percent of the week before that, when records were broken. 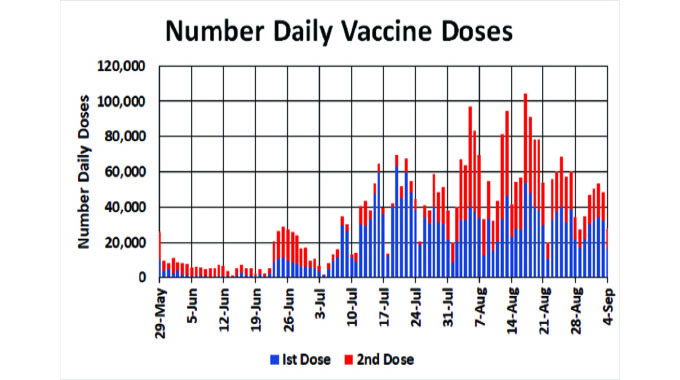 Part of the fall arises from fewer second doses, since these reflect the lower level of first doses four weeks earlier, but part is the drop in numbers entering the vaccination programme with their first dose.

The supply chain is now totally secured with adequate stocks in the country for a higher vaccination rate, and replacement stocks already paid for and just waiting for the delivery instructions, and the logistics system set up by the Health Ministry using both public and private facilities able to handle much higher daily rates. 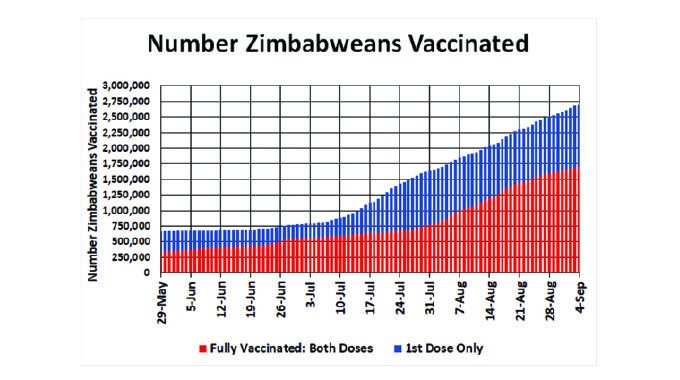 The gradually growing number of people who have had the first jab, but not the second indicates that the programme is still accelerating compared to what was happening four weeks ago.