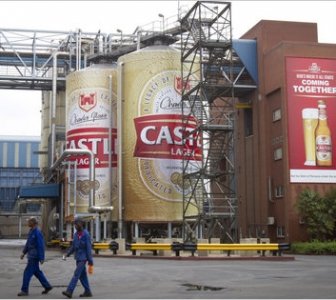 BEVERAGES firm, Delta Corporation Limited, is becoming increasingly anxious over the deteriorating operating environment which it says continues to cripple its business.

The deteriorating environment, Delta says, is driven by a volatile Zimbabwean dollar, shortages of foreign currency and hyperinflation despite signs of stability in the last two months.

In its financial report released on Thursday, the company said its directors had assessed the ability of the group to continue as a going concern.

“The board is concerned about the deteriorating operating environment as indicated by hyperinflation, rapid changes to the policy environment, weak local currency and the existence of multiple and disparate exchange rates,” it said in its half-year report ended September 30, 2020. “The shortages of foreign currency in the formal banking channels have caused delays in settlement of overdue external obligations. The group has overdue foreign creditors and bank loans.”

External obligations refer to legacy foreign liabilities of US$47,8 million, which were due on February 22, 2019 when the authorities first introduced the local currency through Statutory Instrument I33 of 2019 as the RTGS dollar.

“The group foreign currency exposure from legacy debt arrangements is at US$48 million. This is matched by the financial asset of ZW$3,7 billion (US$45,6 million) representing the legacy debt cash cover deposited with the Reserve Bank,” Delta said.

“Borrowings include ZW$2,6 billion (US$32,098 million) covered by the legacy debt arrangement with the Reserve Bank and ZW$2,1 billion (US$26,25 million) being the loan for the acquisition of UNB in South Africa. Capital expenditure of ZW$385 million(US$4,8 million), was below planned replacement levels due to forex constraints.”

The Delta board noted there remains a risk that the policies regarding these liabilities may be varied.

Worsening matters, the statement said, the group’s ability to generate foreign currency from the company’s National Breweries Plc Zambia since it purchased the firm in 2017 has been hamstrung and Delta recorded losses in the last two financial years.

“This is attributed mainly to declining demand following increases in pricing driven by input cost escalation. The unit has recently witnessed a recovery in volumes as management implements various business recovery measures. The entity is expected to return to profitability in the near term,” Delta said.

The Covid-19 pandemic has also hurt business operations through restrictions in social and economic activities that heightened safety and health requirements and changed demand patterns for the group’s products.

Despite these concerns, Delta posted a 260% increase in profit-after-tax to ZW$3,22 billion (approximately US$39,75 million) in its half year report from a 2019 comparative of ZW$898,21 million (US$11,089 million), but this was mainly driven by inflation induced pricing across all product categories.

In a segment breakdown of this revenue, lager beer volumes grew 3% compared to the same period last year. Delta said this reflected a growth of 18% in the second quarter, reversing the sharp decline recorded in the first quarter when the Covid-19 restrictions were at their peak.

“In Zimbabwe, the sorghum beer volume declined by 31% compared to the same period last year due to the limited access to key trade channels such as bars, bottle stores and the rural markets during lockdown particularly in the first quarter,” the company said.

“The value chain costs escalated more rapidly in response to the impact of the depreciating exchange rate on imported brewing cereals and packaging materials. Sorghum beer volume at Natbrew Plc (Zambia) grew by 8% compared to the same period last year. The nascent volume recovery is attributed to the improved appeal of Chibuku Super.”

For Delta’s South Africa entity, United National Breweries, it was largely closed for the first four months due to strict prohibitions on the sale and consumption of alcohol under the Covid-19 lockdown measures.

Sparkling beverages volume grew by 22% over last year on the back of consistent product supply and competitive pricing. And at Delta’s subsidiary, African Distillers, the company registered volume growth of 15% for the six months compared to the prior year, driven by the spirits and ready to drink categories.

For Schweppes Holdings Africa, the company recorded a lower volume output at 18% below prior year, partly due to challenges in accessing imported raw materials and the impact of Covid-19.
Nampak Zimbabwe Limited, another Delta subsidiary, benefitted from the volume recovery in the beverages sectors and improved access to imported raw materials.

“The remainder of the year will depend on whether the current stability in inflation and the exchange rate will sustain. The businesses in Zimbabwe are witnessing recovery in volume and profitability on the back of improved access to foreign currency through domestic Nostro sales and benefits from a stable exchange rate,” Delta said in its outlook. “Zambia has experienced a sharp depreciation of the kwacha and a rise in inflation. The easing of the lockdown restrictions across the region is expected to rekindle economic activity and consumer spending.”