Devolution: An idea whose time has come

Source: Devolution: An idea whose time has come – The Standard April 7, 2019 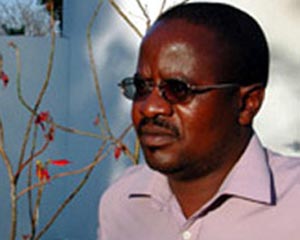 Many countries have witnessed the decentralisation of state functions in the form of both political and administrative devolution, which gives citizens more power to elect representatives who understand and champion their local development needs.

Countries in sub-Saharan Africa have adopted constitutions, which legislate different forms of devolving their governance structures and systems. The desire for devolution is built on a general consensus by some African governments, international development agencies and civil society organisations that see it as a democratic system of government, which advances citizen participation in human development.

This consensus further sees devolution as key in African development since it brings a locally responsive government closer to the people and makes government more accountable to local people. Although there are four main forms of devolution, namely, administrative, political, fiscal and market, many African governments have chosen to implement political devolution and administrative decentralisation, with those running devolved systems of government being seen and acclaimed as more democratic.

Zimbabwe has joined this group of African countries with constitutions that legislate a devolved governance system.

Zimbabwe’s new constitution adopted in May 2013 states that governmental powers and responsibilities must be devolved between the national government, provincial and metropolitan councils and local authorities which are expected to ensure good governance by being effective, transparent, accountable and responsive to the needs of local people.

The introduction of devolution of power as a new governance model in Zimbabwe tempers with centralisation of power on the premise that devolution is a more democratic, citizen centred, participatory, more transparent, accountable and locally relevant development focussed governance system.

Is devolution going to influence equitable and fair exploitation of local resources for the benefit of all communities including “marginalised” provinces, such as, Matabeleland, Midlands and Manicaland? Does an anti-devolutionist Zanu PF dominated government have the political will to fully implement devolution? Or maybe devolution of power will remain a symbolic constitutional provision while re-centralisation of power continues? These questions could be best answered if the nation demands what is desirable and more importantly expresses it through their votes.

There could be typically three levels of government under the devolved power in Zimbabwe: The national, the provincial and the local authority.

Most commonly talked about is that the provinces want devolution of power because they believe that they can manage their own affairs better than a distant national government.

A good example is the “case of Wales in 1998, there was a belief that polices made in London did not suit Welsh interests, and that better accountability and oversight were needed”.

To date, Wales is responsible of its own affairs and is able to manage it’s policies in a way that suits the population.

The essential feature of devolution is that it brings government closer to the people. In doing so, it improves oversight and reduces central government corruption, although there are allegations that while corruption maybe reduced at central government level it tends to increase at local councils with higher budgets.

There is easier access by citizens, communities and civil society organisations (CSOs) to provincial authorities and local policy makers can tailor make policies to suit the needs of their territory rather than the national approach.

One of the main proponents of this concept is the transfer of responsibility for planning, management and resource mobilisation and allocation.

While there are four main forms of devolution, as a developing country Zimbabwe must adopt political and fiscal devolution of power as a cornerstone, so that she is able to escape from the traps of ineffective and inefficient governance, macroeconomic instability and inadequate economic growth because throughout post-communist Europe, devolution of states were the direct result of the transition from socialist systems to market economy and democracy.

Fiscal devolution is actually an effective means of improving economic and fiscal management which provides a greater potential for an improved public administration system, as well as providing efficiency in public service and governance.

Political devolution seeks to transfer political, administrative and economic authority from central government to the local communities as well as promote popular participation in decision-making.

It enhances accountability and responsible representation, aiming to introduce efficiency and effectiveness in the generation and management of resources for the overall development of the nation.

A devolved state is basically a reflection of ideological leaning towards responsible and accountable government system which the electorate is entitled to, to determine their political destiny.

It aims to promote rapid development of a country through the establishment of a local governance system and helps to prevent much concentration of political and economic power at one level which inevitably leads to “managerial constipation”.

Devolution of political power to local people encourages active political participation, acts as a restraint against tyranny and dictatorship which happen as a result of the central government being remote from the local people.

It enhances the legitimacy of government and its programmes at the same time enabling it to distribute local public goods and services according to the local needs.

Above all, it further encourages healthy competition between various local authorities and provinces, which builds innovative social and regulatory policies, politically secures greater participation and opportunities to local minorities in government and decision-making processes, without regard for their distinctive linguistic identities.

It also electrifies citizens’ interest in matters of governance.

To conclude, I strongly believe that a substantial level of autonomy at provincial government levels is important for the promotion of grassroots democracy and self rule among the various political and linguistic groups that make up the national politics.

Provincial government avails the outvoted political minority of the electorate the opportunity to participate in governance at local level and promote tolerance amongst contesting parties.

It makes democracy meaningful to local people if their immediate affairs are not dictated by the distant central government, but managed locally by themselves.