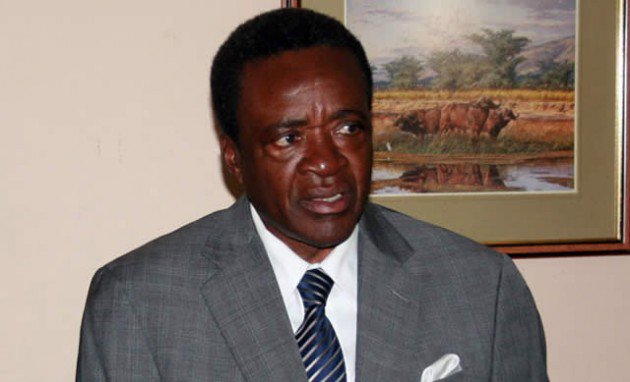 Blessings Chidakwa Mash West Correspondent
The Minister of State for Mashonaland West Provincial Affairs Cde Webster Shamu, who was recently readmitted into Zanu-PF and subsequently appointed a minister, says suspended or expelled party members should always abide by the party’s ruling, humble themselves and ask for forgiveness, instead of trying to fight back.

“I accepted the ruling made by the Congress, Central Committee, Politburo and President Mugabe and l still stand guided by that. Kana wapiwa chinzvimbo hauna kunzi pakata, ramba uchizvininipisa usati uri shasha vanogara vachidaro vaMugabe. (When you are given a position don’t be bold, remain humble that is what President Mugabe is always saying).”

Minister Shamu also said Government and Zanu-PF should continue working hand in glove to ensure development in the country.

“The party and the Government must work together and complement each other. As resident minister l make it a point that every day at about 6:15am to 6:30am l have a chat with Provincial Chairperson Cde Ephraim Chengeta. We update each other on the state of the province,” he said.

Minister Shamu said even the Japanese government that is funding many projects in Mash West, commended the cordial relations that exist between the Government and the Zanu-PF party.

“When Japanese Ambassador to Zimbabwe Mr Toshiyuki Iwado handed over $5 million worth of road rehabilitation materials last week he appreciated that Zanu-PF is an organised party,” he said.

Cde Chengeta told the PCC that the province was solely behind President Mugabe and Amai Grace Mugabe.

“President Mugabe is the one centre of power, we do not oppose his leadership. We will not associate with those who are against him and the First Lady. The President has done many things for us, only a few leaders are brave like him,” he said.