ED commissions $1,5bn project •Expansion to feed 600MW into national grid •Over 7 000 jobs to be created 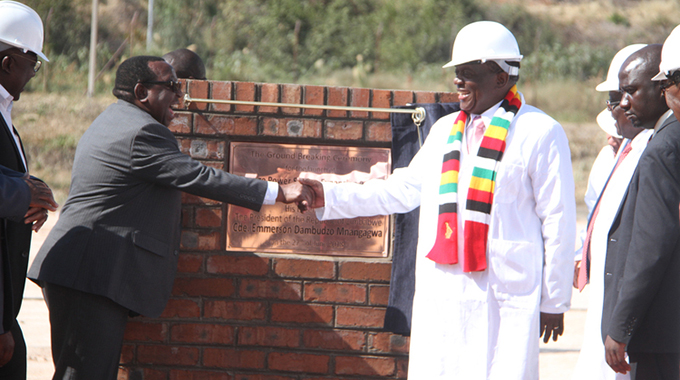 From Africa Moyo in HWANGE
The expansion of Hwange Thermal Power Station under a $1,5 billion facility is now set to begin in earnest after President Mnangagwa officiated at the groundbreaking ceremony for the project here yesterday. The project, which is expected to feed an additional 600MW into the national grid, could not take-off in the past 10 years due to funding constraints after the country was frozen out of the global economy over land reform at the turn of the millennium.

Things only started moving after President Mnangagwa’s State visit to China in April, during which Chinese President Xi Jinping authorised financing of the power project. 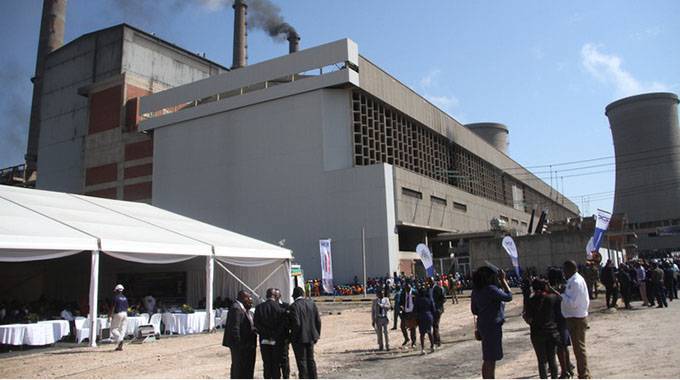 The two countries further deepened their relations by upgrading them to Comprehensive, Strategic Partnership and Co-operation, which broadens the scope of engagement and funding of projects across all sectors of the economy.

The project is set to bring about massive socio-economic transformation through increased supply of energy to the mining, agricultural and manufacturing sectors.

It is expected that over 7 000 jobs will be created, directly and indirectly, at the peak of the project.
Accelerated employment creation is central to both Government and ZANU-PF aspirations to improve the lives of Zimbabweans through the creation of decent jobs.

Addressing delegates gathered for the groundbreaking ceremony yesterday, President Mnangagwa said electricity was a key economic enabler in any economy.

He said the supply of power was a prerequisite for the socio-economic development of any nation.
“As a key enabler, energy drives economic development by facilitating the delivery of basic amenities such as clean water, health, shelter and education, among others, to the country’s citizenry,” said President Mnangagwa. 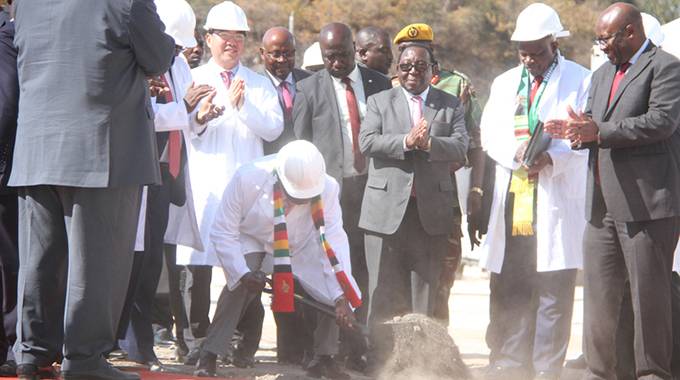 The expansion project will be undertaken by Sino Hydro of China and will take 42 weeks to complete.
The Hwange Thermal Power Station extension speaks to the Zanu-PF July 30 election manifesto, which, among other things, emphasises employment creation, attraction of foreign direct investment and international re-engagement.

About 3 000 jobs are expected to be created directly and 4 000 more indirectly.
It is also envisaged that the power project will result in a number of developmental projects for Hwange and surrounding communities.

ZESA Holdings is understood to be consulting local traditional leaders to ensure that locals participate in the identification of projects that address their needs and bring about positive socio-economic transformation.

The Hwange power project is being implemented in line with international best practices in environmental management.
The plant will have a flue gas clearing facility to treat emissions and will use 12 000 tonnes of limestone per month in its operations.

President Mnangagwa said the Hwange power project was the first project to be implemented under a Public-Private-Partnership (PPP) arrangement and reflects the country’s desire to increase energy and power supply.

He said the power project was set to become the largest energy infrastructure investment undertaken in the country in recent years.

“The $1,5 billion project will go a long way in our quest to achieve energy self-sufficiency and meeting the increased demand for electricity,” he said.

Zimbabwe has installed capacity to generate 2 245MW but due to a raft of challenges, only 1 600MW is achievable.
National electricity demand is about 1 600MW while power generation averages 1 200MW per day.
This leaves a deficit of about 400MW which is met through imports from Mozambique and South Africa.

“Electricity is further needed to revive and resuscitate our industries among others,” said the President.
There are various prospects for investment in the energy sub-sector through exploration and exploitation of other renewable and non-renewable sources of power.

President Mnangagwa said Government was prepared to facilitate both local and foreign investment to grab the opportunities.

He urged local companies to be at the forefront of securing joint ventures or partnerships to grow the energy sector through investments in coal-bed methane exploitation, solar, biogas, and wind.

There are also opportunities in power transmission and distribution infrastructure across the country.
The President said Government would work to ensure speedy implementation of the Batoka Gorge power project jointly with Zambia.