ED in no hurry to replace Mohadi

Source: ED in no hurry to replace Mohadi – NewsDay Zimbabwe 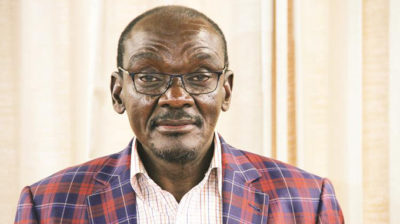 PRESIDENT Emmerson Mnangagwa’s decision to reassign key staff in former Vice-President Kembo Mohadi’s office could be an indication that the Zanu PF leader was in no hurry to replace his embattled former deputy, analysts have said.

Mohadi (71) resigned last month over sexual allegations with a subordinate, aide and students to “save government’s image”.

Mnangagwa was expected to immediately appoint Mohadi’s replacement, but on Tuesday transferred senior staffers in his former deputy’s office to other portfolios in what observers said could be a sign that he was doing away with the office.

The reshuffle has been widely viewed by the public as a plot by Mnangagwa to freeze the post until after the 2023 elections which he believes will give him another mandate to rule for a second term.

Other voices have also speculated that Mnangagwa was secretly diverting from the Unity Accord signed in 1987 between Zanu and PF Zapu because he was under pressure to appoint a person favourable to his deputy Constantino Chiwenga.

Under the Unity Accord, Zanu PF would have two vice-presidents, one of them from Zapu. Mohadi was from the Zapu side and is expected to be replaced by another former senior Zapu official.

Political analysts said Mnangagwa was buying time and delays in filling vacant positions have always been common in Zanu PF.

He said Mnangagwa has no reason to depart from the Unity Accord and gamble with a political decision whose effect may suicidal.

“Zanu PF is re-establishing itself in Matabeleland and, therefore, the president must consider that in his choice for Mohadi’s successor,” Moyo said.

“Freezing the post till 2023 will feed into speculation and create more jostling and more disunity.”

“The Unity Accord is a pillar of national unity. Throwing it away may give rise to all sorts of interpretations.”

Political analyst Austin Chakaodza said Zanu PF had a tendency to procrastinate when filling up positions which arises in government.

“The freezing of the post should be regarded as temporary pending extensive consultation with the key stakeholders in the Zapu wing of Zanu PF,” he said.

“The Vice-President had been tasked with various crucial governance roles which needed to remain functional despite his office being vacant hence the need for such appointments,” he said.