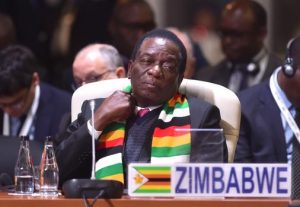 Harare – The nickname says it all. Emmerson Mnangagwa, the incumbent who won a fresh mandate in Zimbabwe’s election, is better known as “Ngwenya” or “the Crocodile” for his political cunning and ruthlessness.

While many Zimbabweans threw their support behind him when he replaced long-time leader Robert Mugabe, who was deposed in a bloodless military coup, others note that Mnangagwa was Mugabe’s loyal right-hand man for decades.

As a young man, Mnangagwa, now 75, received military training in China and Egypt and was part of the guerilla movement against white minority rule in what was then Rhodesia.

He was severely tortured during the war for independence in the 1970s, losing his hearing in one ear and just managing to escape the death sentence.

After independence in 1980, Mugabe’s – and Mnangagwa’s – victorious Zanu-PF party came to power, but there is a dark stain on Mnangagwa’s name from that period.

Mnangagwa is alleged to have overseen a brutal crackdown known as the “Gukurahundi massacre” on the minority Ndebele tribe during which about 20 000 people were killed. He denies involvement.

Mnangwaga had increasingly come into conflict with Grace, who was his main challenger to replace her ageing husband. Mugabe sacked his one-time ally and Mnangagwa fled in fear for his life only to return triumphant after the coup.

Given his reptilian moniker, Mnangagwa supporters are jokingly dubbed “Team Lacoste” after the high-end brand that uses a crocodile as its logo.

Since assuming the presidency in November, Mnangagwa has instituted some reforms – wooing international investment and welcoming back once-persecuted white farmers.