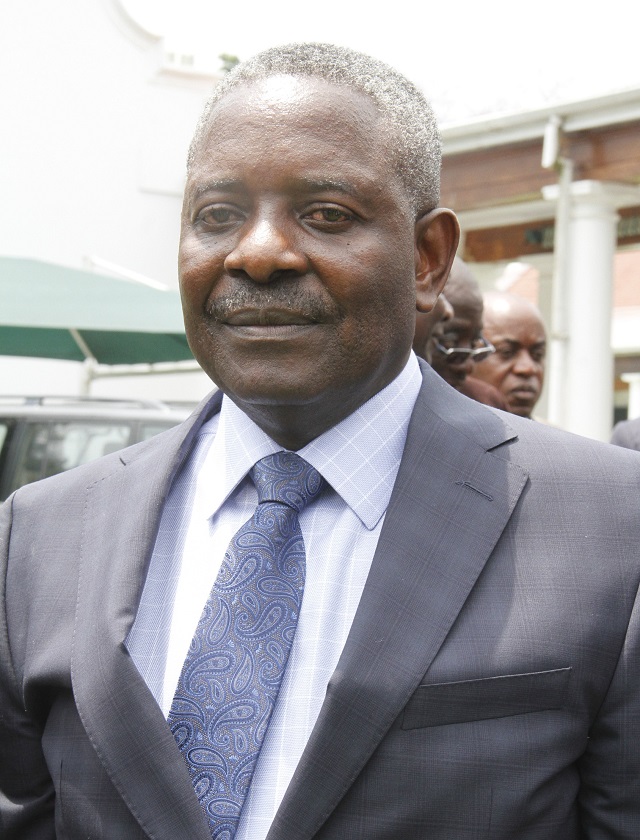 Vincent Gono
THE Government has given the green light to the establishment of the Professional Prosecuting Authority that will see the recruitment of qualified lawyers as prosecutors as part of efforts to address staff shortages and expedite the justice delivery system in the country.

In an interview with the Sunday News in Bulawayo on Friday, Minister of Justice, Legal and Parliamentary Affairs, Rtd Major General Happyton Bonyongwe said the Government recently approved the establishment of the Professional Prosecuting Authority that sought to do away with the issue of police officers working as court prosecutors.

He said the authority would see the recruitment of lawyers as prosecutors, adding that the process would be subject to availability of resources.

“We recently approved the establishment of the Professional Prosecuting Authority that will see the recruitment of qualified lawyers to work as prosecutors. We believe this will go a long way in addressing the general staff shortage and improve the justice delivery system in the country,” he said.

The minister could not however, give specific timelines as to when the recruitment would start as well as the numbers involved.

He said the country now had enough lawyers adding that the recruitment of qualified lawyers was going to expedite justice delivery in the country and reduce the backlog of cases.

On the issue of corruption, he emphasised the need for judicial service personnel to exercise high levels of professionalism.

“We have had cases of lawyers dipping their hands in trust funds. That is unethical conduct that has always been dealt with by the Law Society of Zimbabwe with those found doing so having been de-registered. Our justice delivery system has been very competent but corruption has crept in and is subverting the otherwise good judicial system that the country has,” said Minister Bonyongwe.

He told the Sunday News that the country’s courts were crying out for facelifts and other renovations to spruce up their image but hinted that they were facing budgetary constraints.

“We are very much aware that some of our buildings are no longer fit for the purpose. They are dilapidated and in urgent need of a facelift but so far we do not have the financial resources to carry out the work as we wish,” he said.

Minister Bonyongwe said the country had made significant strides towards aligning laws with the national constitution. He said 176 laws have been aligned out of 206 that require realignment with the constitution that the country adopted in 2013, a development he said was a milestone achievement.

“We have so far aligned 176 laws with the country’s constitution that we only adopted in 2013.We have been moving at an encouraging pace and I think this is one development that we should be proud of as a nation. It is still work in progress and with the pace that we have been moving with, we will complete the process soon.”

Turning to the Zimbabwe Anti-Corruption Commission (ZACC), Minister Bonyongwe said its operations and working parameters were provided for in the constitution. He said the commission could direct the commissioner of police to make an arrest after they have made proper investigations into cases either reported to them or those that they would have unearthed on their own.

“The operational functions of ZACC are provided for in the Constitution. And the term of the commissioners is only five years. This was done to ensure effectiveness in dealing with their mandate,” he said.

Minister Bonyongwe added that they were working hard to ensure the improvement of working conditions for the judicial service personnel saying motivated staff is always a marvel to work with in the effective execution of the country’s justice delivery system.