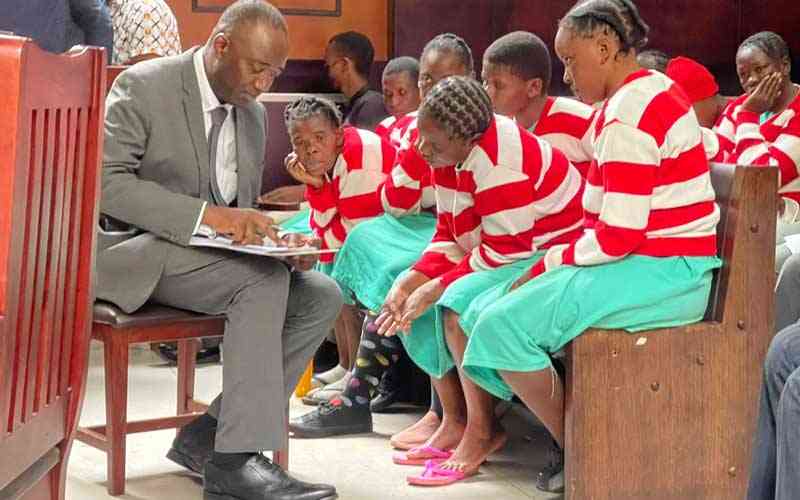 LAWYERS representing 25 members of the Citizens Coalition for Change (CCC) who were arrested last week in Harare’s Budiriro suburb have accused the Zimbabwe Prisons and Correctional Services wardens of transporting female prisoners in the same van with male prisoners who are not members of the party, which resulted in the females being fondled along the way.

The lawyers, Wilbert Mandinde, Kudzai Kadzere and Chris Mhike added that one of the accused persons acquired the COVID-19 virus while in prison and has been isolated for 10 days.

Harare magistrate Yeukai Dzuda ordered the State to investigate the abuse and bring the report to court by Friday.

But the State said the accused might join their colleagues to commit similar offences if released on bail.

The defence insisted that bail was a constitutional right and the accused persons’ liberty must be preserved. They also submitted that the State failed to provide reasons for denying the opposition members bail.

The matter was postponed to today for bail application continuation.

Allegations are that on January 14, 2023, the accused persons responded to an invitation for a meeting at Budiriro MP Costa Machingauta’s house.

Last Saturday, the activists who were dressed in their party regalia gathered at Machingauta’s house where they chanted CCC party slogans.

It is State’s case that ZRP Budiriro received a tip off that the accused were gathered illegally and went to investigate.

“Upon arrival at the scene of crime, the police observed that the accused’s conduct was disturbing the peace of a section of members of the public. The police ordered the accused persons to disperse, but they resisted leading to their arrest. The accused had no lawful excuse to act in the manner they did,” the State submitted.