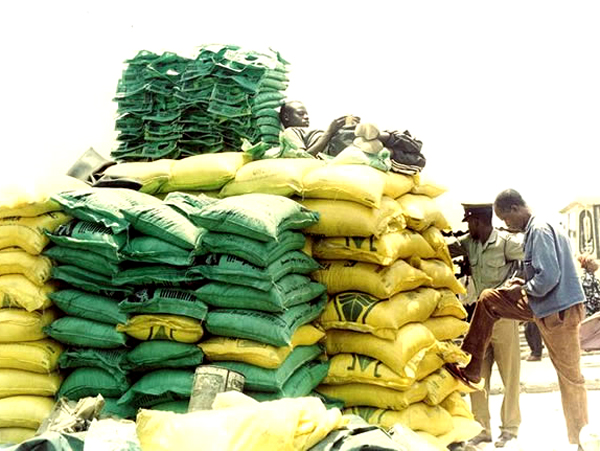 BY KUDAKWASHE TAGWIREYI
THE price of fertilizer has gone up again, dealing a heavy blow to farmers and the agricultural sector at a time when the raw material is in demand due to the persistent rains which have caused massive leaching in some areas.

A 50kg bag of ammonium nitrate, which was pegged at around US$37 now retails for anything between US$55 and US$70.

In a statement, the Zimbabwe Farmers Union (ZFU) expressed concern over an increase in the price of fertilizers, saying this had increased the cost of production.

ZFU director Paul Zakariya said fertilizer prices were of major concern in crop production, especially in determining the yields and cost of production for heavy-feeding crops such as maize and tobacco.

“We are beginning to experience the effects of low supplies as well as the spiking of prices at a time when the product is needed,” he said.

“This is not acceptable at all. Farmers’ costs are rising against depressed markets and margins are being eroded and that renders agriculture non-viable.”

In April last year, local fertilizer producers bemoaned the shortage of foreign currency which had hampered production. They said the central bank’s foreign currency auction system was failing to meet their needs.