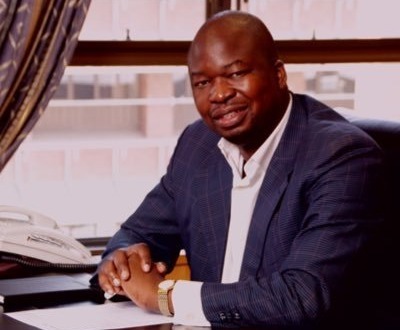 PARLIAMENT has expressed dismay over the failure by Finance permanent secretary George Guvamatanga and his senior officials Pfungwa Kunaka (chief director expenditure management) and Edwin Zvandasara (accountant-general) to appear before the Public Accounts Committee (PAC) to give oral evidence on the Financial Adjustments Bill on Monday.

The Public Accounts Committee chaired by Tendai Biti (Harare East MP) told journalists that the Finance ministry officials were avoiding appearing before the PAC to shed light on the Bill, which is seeking condonation for US$10,6 billion unauthorised over-expenditure by government between 2015 and 2018.

“Today, we were supposed to continue with our oral evidence from the Finance ministry on issues relating to the Financial Adjustments Bill. We met the Ministry of Finance on June 26 and at the close of that meeting, we agreed that we will adjourn to July 6th (yesterday). We adjourned by consent,” Biti said.

“The reasons why we adjourned were that the Ministry of Finance representatives Kunaka and Zvandasara and two other officials could not explain to us why the figures in the US$10,6 billion Financial Adjustments Bill were over and above the accounts audited by the Auditor-General for 2015 to 2018.”

Biti said the committee did not receive a satisfactory response from the ministry on the legal basis on which they were trying to bring the Financial Adjustments Bill for condonation of the US$10,6 billion four years later.

Section 307(2) of the Constitution stipulates that a condonation Bill should be brought before Parliament 60 days after the aforesaid expenditure.

The PAC said they asked Kunaka and Zvandasara to go and seek legal opinion from the Attorney-General (Prince Machaya) on the meaning of section 307(2) in respect of condonation Bills.

The Ministry of Finance was also ordered to take new books of accounts to the Auditor-General (Mildred Chiri) for auditing of the over-expenditure.

“However, on Friday July 3, the clerk of the PAC, Christian Ratsakatika, received an email from Guvamatanga’s office, which said they would not be able to attend because they had not yet received a legal opinion from the Attorney-General, and that they were busy with the midterm budget review to be announced next Thursday on July 16,” Biti said.

He said this was not done through formal lines of communication through Clerk of Parliament Kennedy Chokuda’s office.

“We want to express our extreme disappointment as PAC at the Ministry of Finance because we are dealing with their Bill in respect of which they are asking for forgiveness for over-expenditure from Parliament on unauthorised use of a colossal amount. We see barbaric disrespect of this committee by Guvamatanga,” Biti said.

He said the fact that a mid-term budget statement was being prepared did not hold water as it was prepared by a separate department led by Eriah Hamandishe, not Kunaka and Zvandasara, whom he said were irrelevant to the budget.
“We will adjourn the meeting to July 20 and in the event that they are not present the Clerk of Parliament will issue a warrant in terms of the Parliament Privileges and Immunities Act,” Biti said.

Civil society organisations such as the Zimbabwe Coalition of Debt and Development (Zimcodd) have suggested to Parliament that the Bill should introduce punitive measures for unauthorised spending by government officials.

Zimcodd socio-economic analyst Tafadzwa Chikumbu said it was imperative that any form of unauthorised expenditure which was wasteful for the country should be investigated and disciplinary sanctions imposed on public officials.