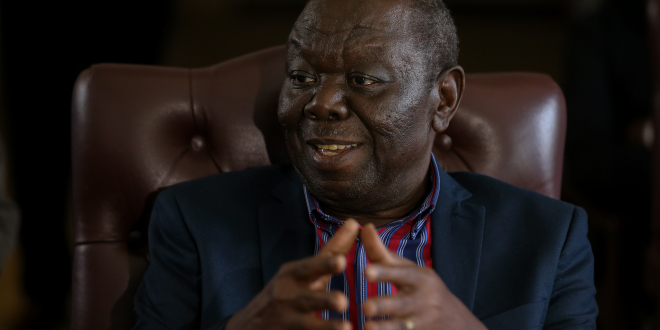 The councillors, who are mostly MDC Alliance members, had wanted to honour the late Tsvangirai for his role in the fight for democracy by challenging the late former President Robert Mugabe’s stranglehold on power.

“We have set up a team consisting o some councillors to look into that matter. We want legal advice to inform us on whether naming a street after a former opposition party leader does not violate the Urban Councils Act or any other regulations or legal statutes that govern our powers as councillors. That is what has delayed the process of implementing our resolution,” Tobaiwa said, adding that the team would report back to the city fathers at the next full council meeting.

“We are just being cautious, but otherwise the resolution to name a street here in Kwekwe after the late Tsvangirai already exists. But we want to dispel any doubt that perhaps we will be jumping the gun,” he said.

Sesel Zvidzai, the MDC Alliance secretary for local government, said the councillors had nothing to fear by naming a street after a public figure.

“Councils are at law allowed to craft by-laws and to resolve to do everything lawful, including giving honour to eminent citizens of this country. Morgan Tsvangirai, indeed, qualifies to have his name etched indelibly in the annals of history of the City of Kwekwe,” he said.

Zvidzai, who was Tsvangirai’s chief of staff, pointed out that central government had no business in dictating how local authorities should conduct themselves on issues that constitutionally fell under their ambit.