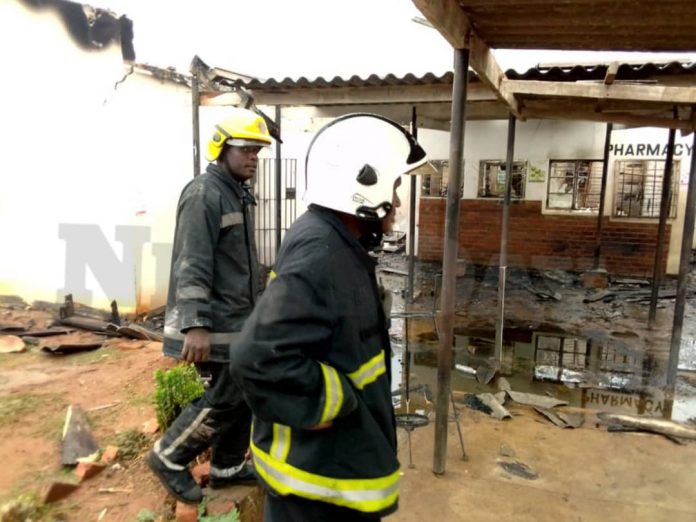 BY SIMBARASHE SITHOLE
A raging fire almost razed to the ground a pharmacy with drugs and pharmaceutical supplies worth thousands of dollars at Shamva District Hospital on Tuesday.

According to Chaminuka rural district council chairperson, Nevson Zvizhinji, Shamva Mine rescue team managed to put out the fire with the help of City of Harare Fire Brigade.

“I can confirm that fire destroyed the hospital pharmacy. The Shamva Mine rescue team battled to put out the fire, and were later joined by City Of Harare Fire Brigade,” Zvizhinji said.

Nurses at the hospital said COVID-19 vaccines and ARVs supplies were destroyed in the inferno among other drugs.