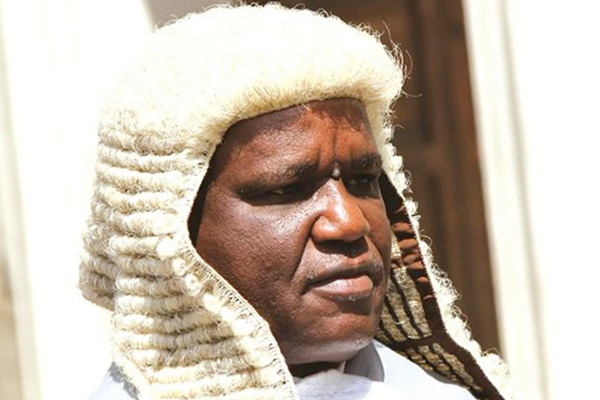 INCONSISTENT government policy and a February court ruling on debts are now constituting a time-bomb, threatening the huge backlog of tax-related cases, which the judiciary is battling to clear due to a lack of qualified judges.

The Special Court for Income Tax Appeals and Fiscal Court of Appeal are struggling to clear the backlog of cases numbering around 50. This has been worsened by Zimbabwe’s long-standing currency conundrum.

The two specialist tribunals were instituted in July 1995 to adjudicate on tax-related matters arising against the Zimbabwe Revenue Authority (Zimra), including value-added tax, customs and excise duty cases. The courts last functioned properly in 1999.

While most of the cases date back more than a decade ago, Masunda said following a high-profile matter involving a private company, NR Barber Ltd, there is less likelihood of the tax courts substantively concluding such cases as they will keep coming back.

Masunda said the NR Barber case, still pending in court since February, will set a precedent for other matters.NR Barber, locked in a legal battle with Zambezi Gas Zimbabwe Ltd over a US$3,8 million debt, sought the Constitutional Court’s intervention following a ruling by the Supreme Court that all debts incurred before February 22, 2019 be settled using the local currency on a one-to-one basis.

“It’s going to be bone of contention in a number a cases, just that the judgments are not being handed down timeously due to a lack of qualified judges to handle these matters. But I tell you it’s certainly going to be an issue that will be brought up. Remember the Barber case. Those are the sorts of issues that are being raised at the Constitutional Court,” Masunda said.

“Unfortunately, (Chief Justice Luke) Malaba was one of the three judges that presided over that case; with two judges, they delivered that unfortunate judgment.

Masunda said a greater part of the problem emanated from a lack of focus and courage, especially on the part of the Chief Justice. He said it is unhelpful for jurists to seek political correctness at the expense of the judicial system.

There has been no progress in efforts to get foreign assistance to expedite the clearing of the huge backlog in the tax courts.

“There have been no efforts to lure some external help although Malaba is aware of what happened. He wants to appear to be politically correct. There are some people who are naturally used to be led, for example (President Emmerson) Mnangagwa and Malaba. You find yourself as a leader and you never practiced law as in the case of Malaba who came straight from being a regional magistrate to the High Court. Although he is a good judge, he never practiced as a lawyer,” he said.
“It requires courage and focus. Courage to say things that may offend politicians or other people that are politically connected. We have to focus on the bigger picture. There is no political will at Mnangagwa’s level or Malaba who should have been pushing for these things,” the former Harare mayor said.

According to Masunda, the cases are being handled by Justice November Mtshiya, who has been recalled from retirement as well as Justice Samuel Kudya. But he noted that some of the documents are voluminous and contain as many as 10 000 pages, which will make it difficult for the skeletal staff to handle the workload.